OLYMPIC hero Paddy Barnes was announced yesterday as one of the nominees in this yearâ€™s Big Buzz easyJet Irish Entertainment Awards. Paddy, who won a bronze medal in the recent Olympics, is up against sporting greats including David Healy and Darren Clarke.
He said: â€œI canâ€™t believe Iâ€™m nominated against people like David and Darren, thatâ€™s amazing.Â  It still hasnâ€™t really sunk in about the Olympics yet and now to be nominated for an award is brilliantâ€. 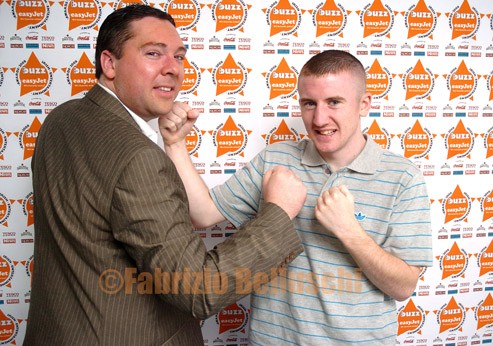 The Big Buzz easyJet Awards are unique because they are the only awards that are voted for entirely by the general public and last year received over 200,000 votes.

Paddy added: â€œIâ€™m really looking forward to relaxing at the party. Iâ€™ve been working hard recently and Iâ€™ll be able to celebrate going back to college on Monday.

â€œIâ€™m under no illusion about my career, boxing canâ€™t last forever which is why Iâ€™m going back to study.

â€œEven if I donâ€™t win itâ€™s still great to be nominatedâ€.