Knoxville TN, alt/pop band Oh No Fiasco will release their debut album on May 10th 2011 through Fiasco Entertainment. 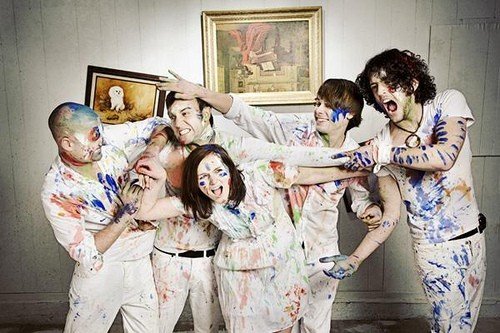 The band will be hitting the road this summer in support of the release and will continue touring throughout the year.

Oh No Fiasco has an eclectic sound of dance rock combined with a stage show that will make every hair on your body stand on end.

After extensive touring throughout 2010 from Florida to Michigan with the likes of Finger 11, Sevendust, 10 years, Red, Saliva and many others, Oh No Fiasco has emerged stronger than ever with a new name , new album and new tour dates for 2011.

The first single and video off the album will be “Stand In Lover”.

Formed by vocalist Lindsey Stamey, guitarist Seth Rowlette, bassist Thomas Boyd, and brothers Colin and Cameron Cunningham, drummer and keyboardist – Oh No Fiasco, formerly known as The Few, have created one of the biggest surprise efforts to come out of Knoxville, Tennessee.

“This is the most powerful project that I’ve ever been a part of,” Stamey explains, adding that the band is an evolution of their past experiences and their desire for new ones.

Drawing influences from bands like Muse, Mew, Circa Survive, Massive Attack and Of Montreal, Oh No Fiasco create an intimate yet energy charged experience for listeners.
www.ohnofiasco.com