Shabby Rogue have been together for five years and have produced one previous album: Hair Nails and Beauty. The band features three song-writers: Johnny Famous, Shaun Litton and Tom Sheppard, all of whom sing and play guitar, bass and keys on different tracks. The line-up is complemented by Terry Green, the drummer.

My Life as a Secret Agent is the first single from Shabby Rogueâ€™s album By Hook and By Crook, set for release early 2010. Additional artists featured on the album include: Adam Sutherland, of The Peatbog Fairies; Thomas Truax, who engineered additional takes; and Abigail Hercules, of The Easy Tigers. The original idea for By Hook and by Crook was to build a suite of songs that captured a sense of release: instead what the band created is a dark, sprawling, internally driven piece of work.

My Life as a Secret Agent is a three-minute blast of surf-pop paranoia, built on a riff written in the studio by guitarist Johnny Famous. The lyrics were inspired by a moment of drug-induced anxiety, as lead singer Shaun Litton explains: â€˜Itâ€™s about a night when I was getting back to my dirty little bedsit in Bayswater. I had no money, all I had on me was drugs, and I had this cartoon stuff going on in my head, like exploding cartoons. And I definitely started to think that people were following me. Nothing: Prozac, elevator-pop, self-help literature was going to calm me down. Not a good time to be me, to be honest.â€™ 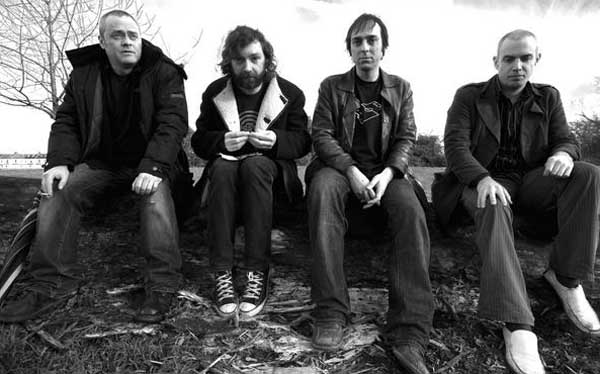 The track, along with the bulk of the album, was recorded in a studio created from scratch in a converted barn in Llangain, Brecon Beacons. Working on a budget that would barely cover an MPâ€™s claim for a box of cheap cigars, and under pressure of time, the recording sessions were fraught:

It was the dying wish of drummer Terry Green to record the album entirely in one session. The rest of the band thought this was a damn foolish notion. However, on this particular track Terry (still with us, but only through the grace of God) had his wish, and the track retains the chaotic and intense energy of that original live take.

Shaun adds: â€˜We wanted the sound of the record to reflect the chaos of that night in Bayswater, how fast things seemed to be happening in my head. And we wanted it to have that garage punk feel â€“ one definite influence on this record is the band The Sonics. If itâ€™s raw, itâ€™s because we like it uncooked.â€™

Shabby Rogue will be showcasing the album over the coming months, with a series of gigs including
Nov 29 – The Hair of the Dog @ The Spice of Life, Soho
www.myspace.com/shabbyrogue

Reason by Shabby Rogue
by ShabbyRogue