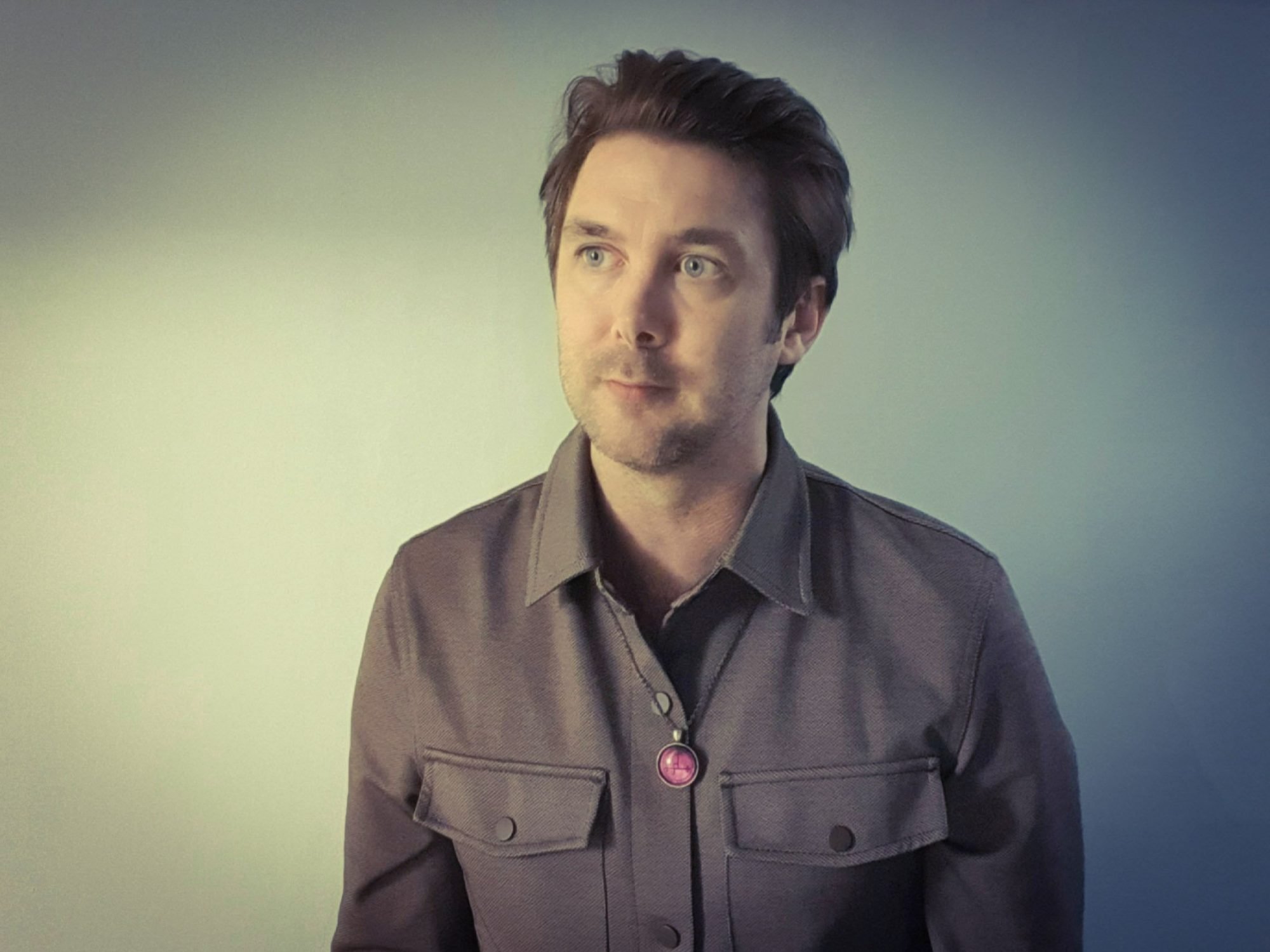 "Dylan turned me on to everything from French symbolist poetry to Ovid to Appalachian ballads to the King James Bible."

Odonian Drifts is an experimental electronic solo act based in Nottingham physically but in another realm artistically.

The project was formed in 2021 as the solo project of Iain Rowley – poet, para-academic and one-fifth of post-punki(ish) outfit Spirits in the Pillar, signed to AnalogueTrash. Listening to Odonian Drifts, you can expect dark and dissonant ambient sounds, feverish Sprechgesang vocal delivery, and acid-folk meets baroque pop stylings.

“Retroactive Enchantment (After Mancuso)” began as a solo piano demo recorded on Valentine’s Day to mark the 40th anniversary of the first ‘Loft’ party in NYC, orchestrated by legendary DJ/producer David Mancuso. It aptly combines psychedelic poetry and anthemic song structures into a darker, yet uplifting, reflection on disillusionment at this time of increased social alienation, paying homage to Mancuso as a priestly figure who provides a sort of sanctuary for the disenfranchised, where they can find a sense of belonging.

The single is the third lead track from the forthcoming album, ‘Earwitness on Trial‘, due out this summer, and offers a glimpse into what it feels like to step outside of a previous life, with nothing but hope for a return of “collective joy once again”.

As Iain shared in his own words:

“Each piece I write is an incantatory gesture cracking and straining to engage the solemn resolve for rigorous artistic play, to locate forces of re-enchantment in the hinterlands of grief.”

Iain has also kindly shared some insight into his top musical influences, which you can read about and listen to along with “Retroactive Enchantment (After Mancuso)” below.

Coil: Whether operating in their solar or lunar aspect, Coil could transmute base matter into gold, but leaving some grit in your gut, a sick rose tickling your nostrils and a residual vision of horse jawbones ploughing up a world crying out for regeneration. From industrial cacophony to celestial hymnody, genre-assignment is a fool’s errand in these sidereal domains. I exalt Balance, Christopherson and their fellow psychonauts for helping me shiver free of certain straitjackets — fashioned by the spirit-deadening repetitions of a turbo-capitalism that impedes access to ritual time — for enabling me to see which demons need feeding, and which need banishing… and for pointing me towards the art of Austin Osman Spare. Put out the lights and hear the bones humming.

Anne Waldman: The music I make is indissociable from modernist and late modernist poets that I’ve studied obsessively through the years: Mina Loy, Lynette Roberts, Barry MacSweeney, Douglas Oliver, Lisa Robertson — to name a few. Anne Waldman, in particular, has illuminated for me the magical efficacies of reconstructing traditional forms – from incantation to ode to lament — actualised through a fluidity of vocal expression that exceeds monolithic identity or ownership and allows for a commingling of the demotic and hermetic, the hypnagogic and politically embattled. This track, ‘Rune’, is from her latest album. If you fancy a dance (through slightly gritted teeth), go to 1982’s ‘Uh-Oh Plutonium’.

Current 93: Like Coil, David Tibet and his para-musical group have been a gateway to discovering a motley host of occult and outsider artists — such as Count Stenbock, Arthur Machen and Louis Wain. Alongside the Gnostic indignation and soul-searching, there’s a recalcitrant — dare I say very (antiquarian) English — eccentricity that courses through Tibet’s corpus, which chimes with my chronic aversion to what Susan Sontag called ‘aggressive normality’. You’ll encounter clamorous martial hex-howls, lullaby pastorals, or here, a 16th century choral loop featuring Nick Cave reading from the Pensées of Blaise Pascal (two other major influences, I hasten to add!)

Bob Dylan: Honestly, I almost didn’t include him in this; similar to the way I feel about Tarkovsky in relation to cinema, Dylan exists on another level entirely, one populated my multiple incarnations that together form a living, breathing curriculum for locating redemption in a destitute age — though that quest be ever-ongoing, and may be more about creating than finding anything. 81 years, 39 studio albums (not to mention all the bootlegs), roughly 4000 shows, but as Shakespeare wrote of Cleopatra, ‘Age cannot wither her, nor custom stale / Her infinite variety’. I’ll forever be indebted to Dylan as a sort of artistic prime mover (and my Dad for handing me his Bringing it All Back Home LP when I was in my mid-teens), for it was the first time I felt summoned to listen, rather than just hear music, and subsequently be opened up to the far-reaching power of intertextuality. Dylan turned me on to everything from French symbolist poetry to Ovid to Appalachian ballads to the King James Bible, and he remains the one whose songs I turn to whenever the sadness gets too much. As Leonard Cohen said, shortly before he, the other great song-poet, passed, awarding Dylan the Nobel was like ‘pinning a medal on Everest for being the highest mountain.’

Eartheater: A key factor in my admiration for Eartheater, and the album ‘Phoenix: Flames are Dew Upon My Skin’ is the captivating way she brings into conjunction what might be deemed polarising elements: freaky musique concrète techniques and the rippling wavelets of fingerpicked guitar, the commonplace and the mythological, the human (or should I say holobiont) and the alien. Consider ‘Burning Feather’, which evokes rusted swings in a local park besieged by stridulating cyber-locusts, later meshed with screeches of a nightingale clasped by the talons of a hawk, while Alexandra Drewchin’s aspirant vocables wreath around arborescent onlookers in elegiac currents. Then, in the similarly collagist ‘Kiss of the Phoenix’, there are the prehistoric echoes of rolled harp chords vying for airspace with synthesised cracks and bubble explosions, swarm-signals emitted from molten fragments accelerating through auditory conduits, a churning discord that nonetheless does not foreclose the persistence of harmonious movement, of generative interchange with the elemental. Behind Eartheater’s pawky self-designation as ‘a clever girl’ is a serious exercise in askesis, whether assimilating and transforming the figure of the sure-footed baby goat or the final tryst with a love that ‘could steal a lifetime’.