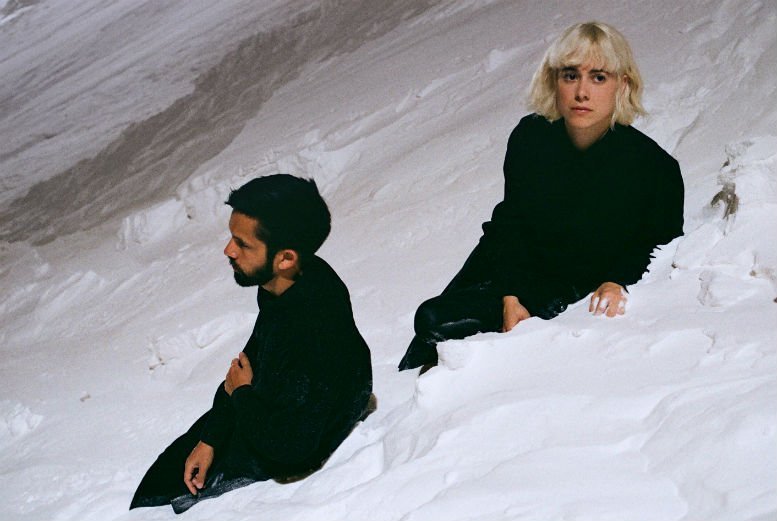 Now Daniela talks to FM about “connecting Pop music and conceptual art” and shares her reflections on their mesmerizing ‘Lighting’ EP, released on Mouthwatering Records, written in Amsterdam and recorded in Berlin.

How did you decide to call your project Odd Beholder?

We called us Odd Beholder because we thought of a character, a tourist that is a little lost, lonely and awkward, a painfully visible voyeur. I am intrigued by how often we look at things just for the sake of looking at them, and I wonder what that is about.

The rumor is that you’re on a mission to create a hall of mirrors connecting Pop music and conceptual art – is that true?

Have you heard of Sufjan Steven’s fifty state project? There’s no way he’s ever going to accomplish that. Your ambition is one thing. I WISH we could merge conceptual art and pop music without anyone even noticing it. But conceptual art is rocket science in itself. It’s true though that I am fascinated by art strategies. I often think about art. I like not so much the retinal stuff, more the poetic or mind bending, experimental stuff. I love the situationists, for example. Or Sophie Calle. Or Gillian Wearing.

Is there anyone in music – past or present – in your opinion, who actually managed to pull this off successfully?

Well, Yoko Ono and John Lennon were predestined to do it. They pissed a lot of people off with their effort. Punk was influenced by Dada and the situationists. Later, the Punk movement inspired a lot of contemporary Swiss artists in return. A more recent, but still rather obscure example is a fellow musician from Zurich called „Price“ (Mathias Ringgenberg) that explores pop music within art spaces. I haven’t found the time to watch his performances, but I will.

But long story short: I don’t see us entering the art world. We’re too much about the music.

Your EP is almost here, tell us a bit about it?

What you are about to hear are six songs we selected out of seventeen. We ended up drawing a musical map that covers a lot of musical influences. They range from ambient to electronic music to sweet pop and trippy guitar stuff – regardless of that style diversity, we tried to achieve a natural dramaturgy or flow. 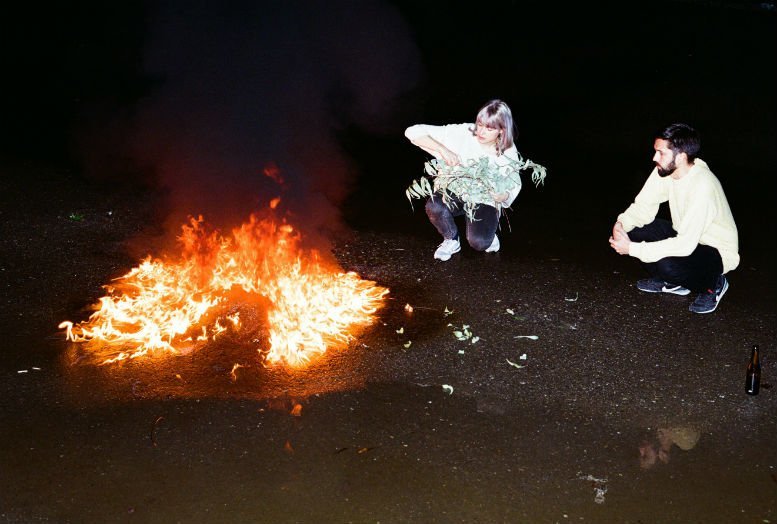 For me, the EP sketches situations. Or fragmented situations, rather. It’s like wandering around in your dreams with a torchlight, examining the weird stuff that shows up. In ancient times, people believed that the eye sends some sort of light beam into the world to make it visible. I like that idea because it shows that seeing something is not a neutral or passive process.

From what I read, the recording was quite a journey…

Yes. I feel at home in Zürich, but it’s so abnormal. I would have liked to write my songs in China, because the average person in terms of statistics would be a Chinese. But I can’t afford to fly to China just to write a few songs. So I followed a coincidence to Amsterdam. I was clearly a lost and awkward tourist when I wrote the songs. I lived for a while in the flat of the artist Curdin Tones, he had built a lot of his furniture himself. That was magical. James lives partly in Berlin, and that’s how we went there to do the recording.

Is this a fixed way of working or is the process constantly evolving?

There is no fixed process, we’re too young and dumb for that. Not as persons, though, as persons we’re old and wise. But as a band.

So what are you guys working on right now?

On our next EP. And on our next video. I just wrote a song about a garden, I thought there is a lot of water and fire in the first EP. A little more earth could be interesting.

Will we be able to see Odd Beholder live any time soon?

This Sunday, we’re playing at the Bundeshaus in Zurich, then we play at the Bad Bonn Kilbi, which is sold out, unfortunately. After that we’ll take the summer off to finish our second EP and we’ll start playing live again end of September.