Ocean Colour Scene return to Belfast on Sunday 7th March for a date at the Mandela Hall to showcase new material from their forthcoming album. 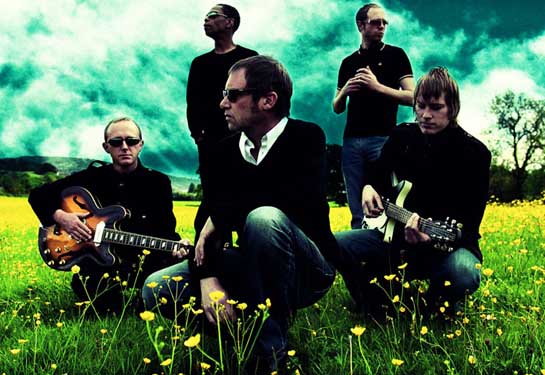 OCS have been making current contemporary rock music since the acid house days, they have stood the test of time and it never fails to amaze me the wide appeal and audience we attractâ€¦its great to see long-haired students discovering the band for the first time via tracks on their Playstation to bald Stone Island clad middle- aged men punching the air thinking that they might have been extra s in Lock, Stock and Two Smoking Barrelsâ€.

The list of anthems with a preview of new material will confirm OCS as a true band of the people when they guarantee a sterling set at forthcoming festivals this yearâ€¦.already confirmed shows include Oxegen, The V-Festival and Belladrum Festival Inverness.

As patrons of the Nordoff Robbins music charity the boys have just completed a sold -out acoustic tour of the Hard Rock venues sharpening the softer vocal and lyrical talents of Simon â€œFoxâ€ Fowler; a few softer, electric midtempo/ballads also up for selection on the new album.

A first single release in September and album to follow later in conjunction with a full UK electric tour will herald the coming of age of one of great Britainâ€™s best live bands.

As Noel Gallagher once said â€ apart from Oasis â€¦Ocean Colour Scene are the only other band that matter then, now and for the future!â€ maybe he was right. no definitely!!!