Oasis will return from North America to play a major UK Arena tour in support of the release of their eagerly awaited new album â€œDig Out Your Soulâ€. The tour gets under way in Liverpool on October 7, the day after â€œDig Out Your Soulâ€ hits the streets. It will continue for a full month with the band playing 18 shows across the UK, including Belfast.Tickets for all shows go on sale at 9.00am Wednesday 20th August through oasisinet.com and the Oasis lo-call 24hr ticketline 0844 412 4638. Ticket purchasers using the band’s web site will also be able to pre-order the first single from the album; â€œThe Shock of the Lightningâ€. 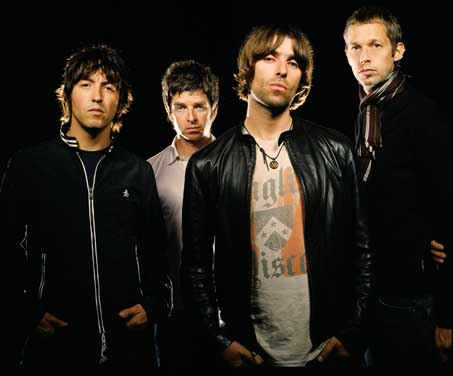 A limited number of tickets will available to personal callers at venue box office with no booking fee for cash.

Maximum of 4 tickets per household (per show)

Oasis have also announced that for the first time ever they will be making available a special, fully-loaded limited edition box set of the new album. This amazing looking set contains four heavyweight 12″ vinyl discs, two CDs, a DVD and hardback book all housed within an embossed hardback box. In fact this is the only way to get the album and the complete set of all 9 bonus songs, remixes and films that were recorded during the album sessions. This unique collectors item will be available for purchase exclusively through the band’s website, and can be pre-ordered now, for worldwide delivery on release date Oct 6, through oasisinet.com

â€œThe Shock of the Lightningâ€, the first single to be taken from the band’s new album, will be released on September 29th and the album â€œDig Out Your Soulâ€ on October 6th both on Big Brother Recordings worldwide.