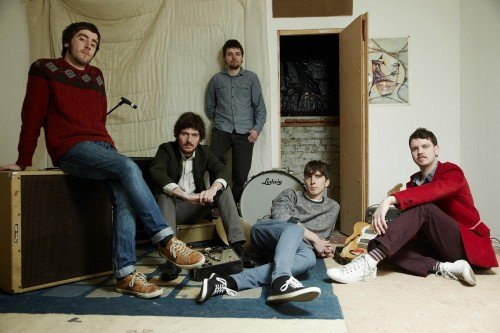 Check out rising Irish band O Emperor’s video for their new single ‘Holy Fool’, to be released in the UK on April 15.
The track (“ghostly vocals against a backdrop of hazy reverb and propulsive rhythms”), is the first single from their forthcoming sophomore album ‘Vitreous’, released in UK on June 17.

The album was self-recorded and produced in the band’s very own studio (Big Skin HQ) in Cork:

O Emperor say: “Big Skin was (literally) built from the ground up and everything from label administration to recording happens inside its grubby, fire-stained walls. The resulting recordings are a direct representation of this operation, being the band’s most potent and distinct work to date; a stamp moulded from their many meandering sessions there”

“The new album is presenting the listener with a stark, polychrome and pixelated picture'”