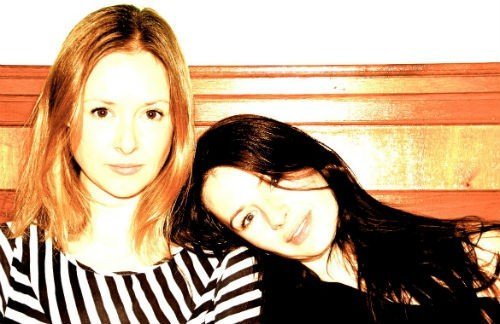 Irish / Scottish duo Nugent & Belle – Audrey Nugent & Amy Belle – formerly of The Alice Band, talk to us about ‘Doves’, Chris Martin, Tim Wheeler of Ash and their headline show at The Garage in London on December 17th.

‘Doves’ is the uplifting single taken from their forthcoming debut album, released in early 2014.

Can you talk a bit about your new splendid track ‘Doves’ and your forthcoming debut album in 2014?

Well firstly, thanks for referring to it as a splendid track!. ‘Doves’ came about because we wanted to write a track that was anthemic, a song that described the shift from day to night in a big city like London or New York and all the excitement and fun that palpable change in energy can bring.

It’s uplifting and positive and you can dance to it so it was the perfect opening track for the album. It’s about being open and spontaneous and embracing all that a great night out can bring.

We released our debut album ‘Seeing Stars’ in March this year but only digitally, so with everything positive that has happened since then, from being featured by Rolling Stone and the KCRW airplay in LA, we’ve decided that it’s time to do a physical release in early 2014. We never even had a proper album launch but we’ll make up for that next year for sure! 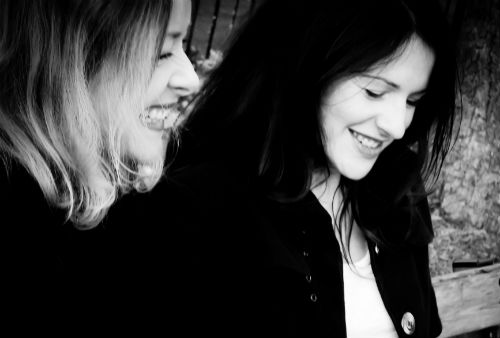 Tell us a bit about your Alice Band’s days and how they differ from now?

Look, we always say that those days in The Alice Band were like doing a crash course music degree.

Amy could already play guitar but I couldn’t really and we had non-stop lessons and a great vocal coach, amazing experiences and did some very cool stuff. Vogue, The National Lottery, The Fleadh, supporting Bob Dylan. You can’t sniff at that stuff and at all that we learned from our time in that band.

It’s how we met and for that we are both eternally grateful. It taught us how we didn’t want to do things this time around and that’s an important lesson to learn.

We are a team and best friends and what we do now is who we are and how we do things is how we want to do things, not how we’re told to. We are one voice and we’re independent. We’ve only just taken on a manager for God’s sake, we’re total control freaks these days! 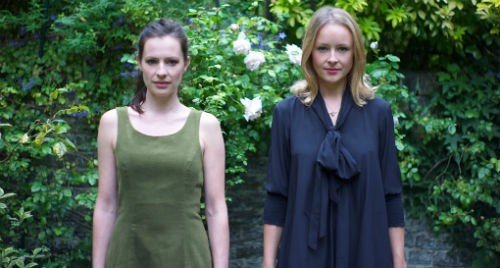 How did you end up writing with Chris Martin and Tim Wheeler?

I met Tim years ago through a mutual friend in Dublin and was always impressed by what a brilliant songwriter he is. He really grafts hard and when he’s writing an album, he’s totally committed to putting in the hours.

He taught me that you can’t always wait for the song to drop into your lap, sometimes it will but often it’s a slog and if you work hard, magic can happen. I met Chris through Tim, just as ‘Yellow’ was hitting and we wrote a track together a couple of years later. Both great writers and both good guys.

As I say, I learnt different things from both of them. Sometimes just moving a capo way up to a higher fret can inspire something new. That’s what Chris did and we wrote ‘Everytime I do’. But I’m most productive with Amy.

We work extremely well together and neither of us is precious or takes offence if the other doesn’t like an idea. It’s often a simple ‘Nah’ or ‘maybe not’ but it just works and we get the best out of one another.

Honestly, if you asked either of us who’s selling albums or singles in the charts these days, all you’d hear would be tumbleweed…we’re relatively clueless about what goes on in that realm of music. I think we’d both agree that a good song is a good song.

Amy loves Pink Floyd and Janis Joplin and bluesy, generally older stuff but at her hen recently we were cranking up Beyonce and Robin Thicke so it goes to show, you never can tell! Me, I’m a bit all over the place. I could make a list but it would take all day!

What are your fondest musical memories in your house in Ireland and Scotland?

Audrey – My Dad was a professional piano player and he was very well known in Dublin, long before I was born, for his rugby club and tennis club dances, which is where people went in those days to ‘boogie’.

I have 6 siblings and we sing together still whenever there’s a gettogether. My Dad will play piano, a couple of guitars will come out and we’re off! Christmas singsongs are coming up and I can’t wait.

Amy – My whole family are musical but we never spent much time singing or playing together, I was in a band with my brother on bass for a year or so, which was great fun but in general we tended to go out to the Scotia Bar or the Clutha Vaults in Glasgow together to see some rhythm and blues and rock n roll bands. Its really these family outings and the tapes played back to back on long car journeys which have influenced my taste in music.

We haven’t really been in the music industry for quite a while and that’s been a good thing for us both. We had no outside influence when we were writing the album together. In fact, it wasn’t even a conscious decision to write an album.

I had parked my songwriting for a few years and when we reconnected in London, Amy started coming over and we began jamming together on old unfinished bits of songs.

That’s how it started. It was born out of friendship and fun, that’s all.

The hardest part of being in the industry before was probably when neither of us had much control over what we were singing or in the direction we were bring taken in and hating how that felt.

The Troubadour, London. It was fun. Noisy and sweaty but we enjoyed it. The main problem is that a lot of promoters for smaller venues simply don’t do any promotion at all for newer bands and simply expect you to rock up with loads of friends, bring your rent-a-crowd to drink at their bar all night. I still think there’s a glaring disparity between what they do and what they expect.

Something great happened when we began playing our songs to friends. We were either incredibly jammy or blessed or both, but one by one, talented creative friends who could contribute their specific expertise to our cause, did.

That’s how we got to make our album. And our video for ‘Bones’. We contacted people and people through people and bit by bit, services were offered. They liked what they heard and wanted to get involved. It must be good karma or something but it all worked out beautifully.

If you had to listen to one or two artists for the rest of your life, who would it be?

Audrey – One or two? Really? Today, I’ll say….Prince and The Rolling Stones.

Amy – Thats a toughie. Id have to say Joni Mitchel and Jimi Hendrix but that could change tomorrow!

They are definitely in my top 5 though

Tell us about your next show (Dec 17th show at The Garage) and why we should be there?

We’re playing upstairs at The Garage, which is in our hood and we can’t wait. We’re going to start with some paired back acoustic new songs and then play the album with full band.

You should be there because it’s the first time that we’ve ever played live with the guys who played and also co-produced our album and we have one days rehearsal before the gig, so it should be an adventure at least!