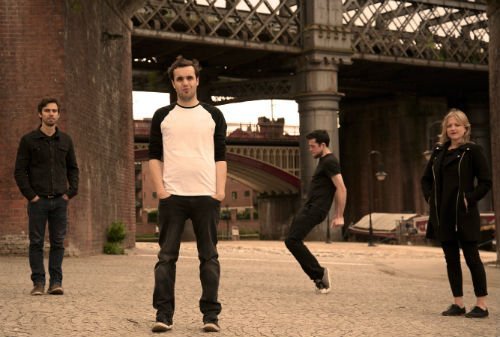 With a name like Noir | Noir, you’re not going to be surprised when we tell you that, on the whole, their latest single ‘Claustrophobic Love’ is pretty dark. The intro sounds like an angry death march, with so much of a tip of the hat to Queens Of The Stone Age, we’re surprised they managed to keep it on their heads.

There’s also a healthy sprinkling of psychobilly rockers The Cramps thrown in to liven the mix (you’ll hear what we mean when you get to the guitar solo that sounds like a guitar making love to a tombstone). But there’s no denying they have distinctively Mancunian sound, which is due mostly to Finn Sedas’ vocals…And THAT video.

It puts the lotion on its skin. It does this every day or else it gets the hose again. Anyone with an ear for murky, unabashed macabre alt-rock would do well to keep an eye on these guys. We doubt Manchester can contain them for much longer!