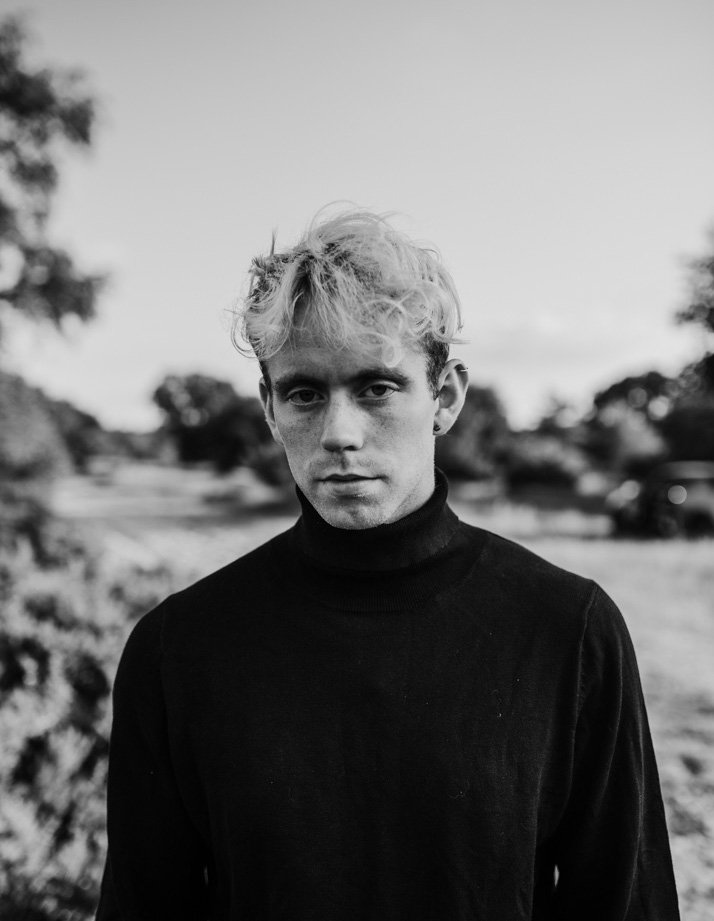 Released on the last day of no pants – ahem – I mean lockdown, Talk to Me by Harry Baker reflects on the unprecedented times in which we live.

Refreshingly, the track veers away from the now-pervasive themes of isolation and loneliness to proclaim: ‘we’re all in this together’. The juxtaposition of Baker’s stripped-back verses with supportive lyrics cleverly create a sense of physical space and enduring friendship. The sex-infused bassline and sax-infused bridge that drive the tune are both catchy and dependably cool if someone in your bubble hands you the aux.

We can still find ways to feel close, positive and connected.

Fittingly, this 2020 track comes with a 2020 video to match. The whole project looks like it’s straight out of TikTok: the app that has successfully brought all walks of life together over the course of 2 billion downloads. In 2020 even Judi Dench Tik Toks. If you’re like me and consider yourself in recovery from cabin fever, Talk to Me’s video is the perfect medicine. Firstly, there’s a guitar playing sloth. But there are also riverside dance routines, questionable miming and a woman dancing with a pineapple. In interviews Baker has been very clear about his intention to send out a positive and supportive message and he has certainly achieved his objective. This video is charming from start to finish and proves that playfulness and authenticity can work much better than an intricate story line.

What do you hope people will take away from Talk To Me?

Whilst the track touches on communication and collaboration through the means of modern day technology and social media, I also wanted to send out a reminder that despite this year’s negative elements, we’re all in this together. We can still find ways to feel close, positive and connected. I’ve been away from the UK and my usual network of friends and family for over 6 months now, people have been deprived of their social antics and groups, we’ve seen all sorts come to a grinding halt. However I wanted this track and music video to give out a positive, supportive and community based message. Talk to your friends, check in on them, because feeling like the person who others can come to, is a mighty privilege. That’s what inspired Talk To Me.

Can you tell us a particular story from the filming process?

The filming process certainly varies, the contrast between clips within the music video is strong. Some people are in forests, some are jamming at home, some are on zoom and some are on cliffs! I had received 98% of the footage submissions before filming my own parts, I wasn’t sure I even wanted to be in it, but I realised I wanted to join everyone involved at the end for one big groovy dance. Working with the footage was a story in itself, there were so many fantastic ideas and locations (A favourite would be two friends, who are currently in lockdown in India, they sent through some clips with the locals which added such a wonderful diverse dynamic and touch). I also at times didn’t think the idea would work, I was prepared to ditch it. A few days later I’d be working with over 40 people, with over 40 brilliant ideas and personalities.

Do you have a favourite moment in the video?

Not only is this the first music video I’ve produced in this collaborative style, it’s also been the most humorous. There’s been people dropping things, slipping, forgetting lyrics. A favourite moment is the Sloth’s guitar solo at 1:23! Another slice of creative genius was given by good friend and Dutch musician Juma Iking. As he mimes along to the tune he graces us with a cheeky smile, accompanied by a luscious display of dreads, he also mimed the sax solo nearly perfectly. To be honest, I’m a massive fan of the end chorus too, when I come in. Not because I get to look at myself, but because I’m reminded of the wonderful people that I’m literally surrounded by.

Measuring a song’s success comes in two forms, in my opinion. Commercial success, and personal success. Is it for you, or for the “fans?” For me it’s important to have a balance of both. For me a song is in some way “successful” from it’s release. The product is there, people like it and it’s humbling, yet on a commercial scale it could be seen as just another song in the catalogue that gets buried within the other drivel we’re fed these days (“unsuccessful”). Though our ideas of success change like the weather, I’d like to have a share of how most people define success, vast streams, big shows, playlisting, reviews. I think when most people of a generation know your song, you’re on the right path. That’s sort of the goal, really. I don’t like to dream too “big”. I do think it’s a shame independent artists have to measure the success of their craft based on playlists, streams and numbers. It’d be nice to be recognised as an artist, not a competitor. I’m purely after the music, but whilst that’s all nice, it certainly won’t get me anywhere. I’m already feeling positive and excited about this single, but that alone won’t get me to the stage where people will review my music in magazines, give me the chance to share my music and thoughts, and get artists like myself to the next chapter.

What’s the Best piece of advice you have received?

Best piece of advice I’ve ever received. A number of people have said this but the old “Don’t stop playing” has always been powerful. Regardless of what someone tells me to do, if I don’t do it I feel I’m letting them down. To then feel someone taking inspiration from your journey, that’s a powerful one. I did also receive some words on my playing from Jeff Beck, that was huge for me, being one of my greatest influences as a guitarist. He said something along the lines of “You’ll go very far if anyone has good sense” which I thought was just brilliant. If I don’t “succeed”, I can blame everyone else!

It’s an impossible question; Hendrix and Prince both brought so much to the table. There would be no Prince without Hendrix, but I’d say if I had to choose, Prince…no. Hendrix.

Jeff Buckley or the Weeknd?