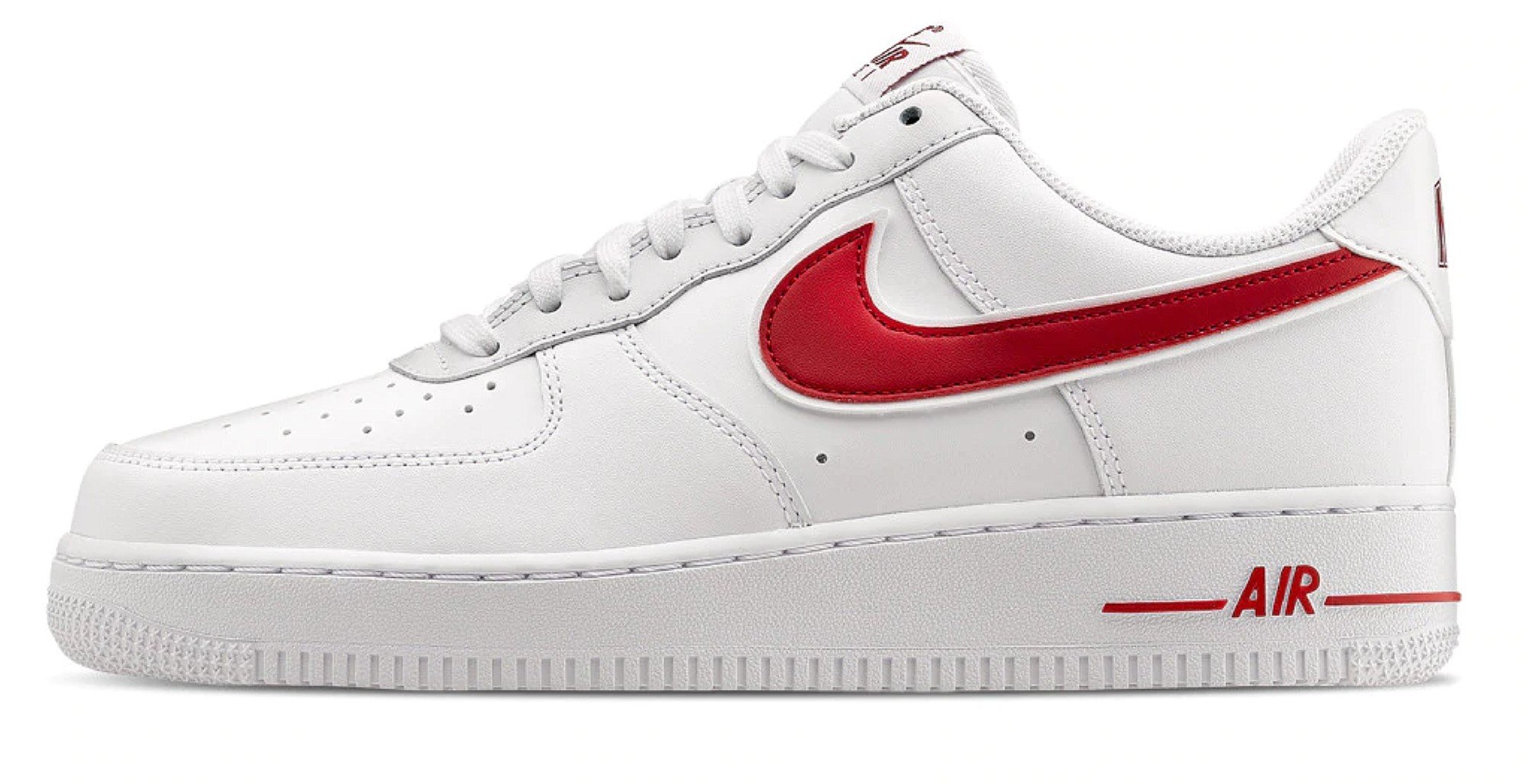 You might have already heard about the statistic that Nike sells roughly 25 shoes every single second of the day. Well, that figure is actually slightly outdated and it’s likely they sell twice as many shoes in today’s world. One of the best-selling shoes Nike has ever made is the Air Force 1 – the first shoe to ever make use of Nike’s Air technology. Almost fifteen years ago, Nike reported that it had sold more than 12 million pairs of the Air Force Ones in 2005 alone, and that was more than 20 years after the shoe’s debut.

Today, the Air Force 1 sneaker continues to sell at a rate of about 10 million or more pairs per year. So, how does such an old and seemingly plain sneaker continue to sell so many pairs year after year? Below we’ll take a look at some of the reasons why collectors, sneakerheads, basketball players, and hip-hop aficionados have been buying out the Air Force 1s since the beginning of the Millennial generation:

Since the Air Force 1’s release in 1982, there have been more than 1700 colour variations officially released by Nike and an untold number of customised aftermarket editions. Such an extensive amount of variety is an absolute dream for shoe collectors. In addition, coming in all of these colour schemes, the shoe also comes in three frame styles – low-top, mid-top, and high-top.

When you multiply 1800 colour themes by three frame options, you wind up with about 5,400 official variations of a shoe that has been in production for almost 40 years. In fact, you’d be hard-pressed to find any shoe in history that has been more widely produced or influential than Nike’s original Jordan 1 and the Air Force Ones and Retro Ones that followed. What’s even more impressive is that Nike continues to drop new style variations of the Air Force 1 white and black, giving fans a never-ending reason to come back for more.

If a shoe costs $200 per pair, it’s not likely that many people are going to buy more than a few pairs. Air Force 1s have always been a stylish but affordable sneaker that shoe collectors can use to get their numbers up without having to break the bank in the process. In the 2000s you could frequently find Air Force 1s priced for $50-$80, and even today the latest releases are in that same price range.

While other pairs of Jordans are much more expensive and many of them have become unreasonably expensive over the years, the widespread availability of the Air Force 1 black and white means that it usually doesn’t command a rareness premium unless you’re dealing with a custom or limited edition pair, in which case the price can still climb rather high, particularly on auction sites like eBay where collectors will happily engage in bidding wars over rare pairs of Air Force Ones.

The figure of 10 million pairs per year only includes the actual Nike Air Force 1, either in mid-top, low-top, or high-top form factor. However, it says nothing about the number of sales Nike makes annually for all of the shoes that stemmed from the Nike Air Force 1 design, such as the Fusions and other mash-up styles. The Air Force One has been officially and unofficially combined and hybridized with the design of every other Jordan shoe all the way up to the signature Jordan 23 and beyond.

If you take those sales into account, you could easily argue that the Air Force 1 is the most prolifically sold shoe of all-time by a long shot. If you started to multiply the Air Force 1 by all of the Jordan releases to attempt an estimate of the number of fusion possibilities, you’d probably arrive at a number so large that it could keep Nike stocked with new releases for hundreds of years.

The idea of fusing two different shoe lines together to create Fusion models led to a significant resurgence of shoe collectors and a noticeable uptick in Nike’s sales figures. With about two dozen main style variations that can be mixed together in so many different ways, Nike has solidified its name in history as the original designer and manufacturer of some of the most popular, stylish, and functional sneakers ever made.

A number of factors contributed to the rise of the Air Force Ones, not least of which was the shoe’s universally likable and functional design. While you can give plenty of credit to Michael Jordan for popularising his line of shoes, and you could argue that the hip-hop culture also played a role, there’s something irresistible about the shoe’s shape and comfort that will always be appealing.

The fact that it’s one of few Nike shoe lines that can be found in low-top, mid-top, and high-top variations also makes it an easy option to go for when you’re feeling indecisive in a shoe store or online shopping session. The Sole Supplier carries a continually updated selection of the latest Nike Air Force 1 releases, so if you’re looking for something you’ve never seen on anyone else’s feet,  you can start by browsing their collection for inspiration and news of the next drops.

Some experts speculate that the Air Force Ones will “never go out of style.” If at some distant point in the far future, the Jordan brand is no longer popular at all and shoe collectors cease to exist, it’s likely that even the next civilisation would re-invent a similar looking shoe of a completely different brand.

It’s a basic enough design to stay compatible with a wide range of casual and athletic dress styles, yet stylish enough to stay relevant in high-end fashion trends. Basketball players and athletes like the shoe because it’s available in a high-top form and provides great ankle protection, while fashion enthusiasts usually prefer the low-top variations.

So, how much will your pair of Air Force 1 Nike trainers be worth 10, 20, or even 30 years from now? If Nike ever stops making official Air Force Ones, collectors could find themselves sitting on treasure chests of sneakers that continually appreciate in value. Believe it or not, we could see a situation where pristine-condition Jordans and Air Force Ones are handed down from generation to generation as family heirlooms due to the increasing rarity of finding an unworn pair.

That being said, don’t look forward to such rarity any time soon unless you have a custom or limited edition pair, as there will be another 100 million+ pairs of Air Force Ones sold by 2030. Still, there are ways to make money as a short-term investor in Air Force Ones by purchasing rare pairs and re-selling them at auction. The key to getting more than what you paid for your shoes is to keep them in great condition for long after their release date and create a bidding frenzy over them when you do decide to sell.