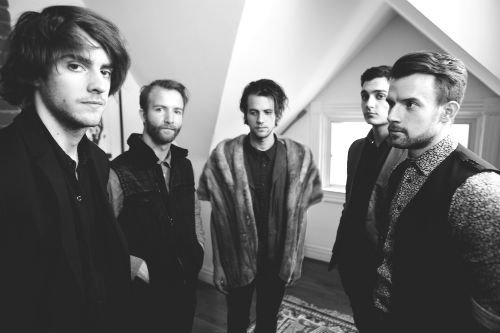 The EP was produced by Nightbox themselves (in their living room) , with co-production from Al-P of MSTRKRFT and co-writing from Sebastien Grainger of DFA 1979 on the lead single ‘Burning’ and mixed by Grammy-Award winning engineer Gus Oberg (The Strokes, The Virgins, Drowners, Albert Hammond Jr.).

The band be supporting Albert Hammond Jr. during his UK run next month, with more shows to follow on both sides of the Atlantic. It will be their first time doing the European summer circuit since 2011… 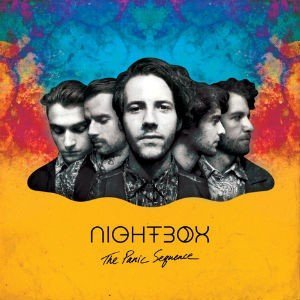 The Panic Sequence EP is out soon – what is the EP about and what’s the story behind the title?

Jacob: A lot of the writing on “The Panic Sequence” EP is to do with the contrast of two worlds. One describes the worries of being trapped in a dark gloomy place; the other, a more idealistic, utopian land full of love, beauty and forgiveness. We felt “The Panic Sequence” sums up the need to escape.

What were your influences whilst writing this EP?

Jacob: A lot of these songs were written during a time when I had a lot of anxious feelings, which had a big influence on what I was writing at that time. This EP fantasizes about the desire of escaping from the stresses of everyday city life, to a distant, care-free world, somewhere far away.

Nick: We all became best mates in middle school in Ireland through our similar musical tastes. We just started jamming cover songs and recording originals together every week in the Irish countryside and never stopped, really.

Why did you decide to move to Canada?

Nick: My brother Jacob and I are originally from Toronto and thought the time was right to switch up the scenery and be inspired by a new way of life. We all moved from the rural parts of Ireland to downtown Toronto. Quite the change. We’re loving every minute of it. 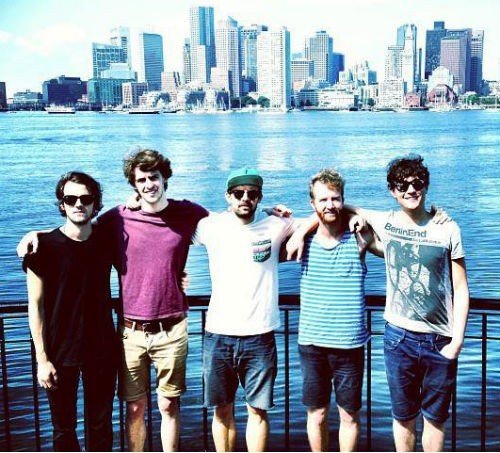 How has your music evolved since your performances at Oxegen ’09 and Electric Picnic Festival in 2011?

Nick: We’ve adopted the whole ‘less is more’ mentality. Some of the tracks on ‘The Panic Sequence’ are much more bare than anything from our previous release. It introduces a much more honest and revealing side of us that has not been heard before. The more festivals and shows we’ve played over the last couple of years, the more we’ve crafted our live show to create a much more musical and visual experience for the audience. We want all of our listeners to come on that journey with us.

You will be supporting Albert Hammond Jr. during his UK tour…Tell us why we should be there.

Andrew: We’ve spent the last year and a half touring, chipping away at our set. What was once a slab of marble now resembles the statue of David. If David liked to dance and party, of course.

How would you describe a typical “in house” production day of The Panic Sequence ?

Jacob: We set up a pair of cheap monitors in our front sitting room and decided to go to work. We explored a lot of ideas that in theory shouldn’t work, but ended up turning into something beautiful on the record. We were much more willing to take risks this time around and took a much more experimental approach in our production choices. We distorted the hell out of synthesizers, sampled a lot of obscure things, chopped up and looped acoustic guitars…. Basically, we just didn’t want to be so concerned with ‘following the rules’. The approach ended up creating something we are truly proud of. 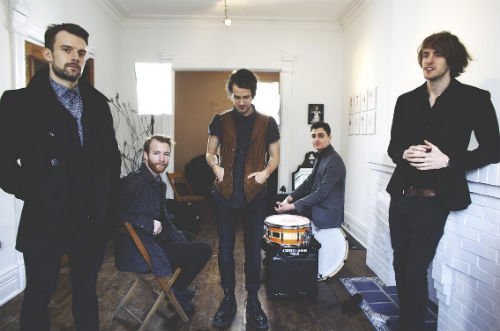 Shelly: I think the hardest part of the industry is something we sought to solve by doing this last EP with less outside assistance: the waiting game! A lot of the time there are just so many people that a band is waiting on/depending on to get their music out, and if one component of the chain is slow or disinterested, then everyone is just stuck in a holding pattern. It’s not like we had some sort of “Chinese Democracy” recording experience but we did reach a point where we thought: screw it, we’re just gonna do it ourselves and that way we won’t be waiting around on anyone. So the “hardest part” was ultimately really positive for us.

Shelly: DJ Mustard. We want to make that Rachet sound with our guitars.

Shelly: Once this EP comes out, we’re just gonna tour ’til we drop, then hopefully put out more music, then tour some more, then put out more music…you get the idea. The life of a musician isn’t too complicated. At some point we will visit Nando’s.