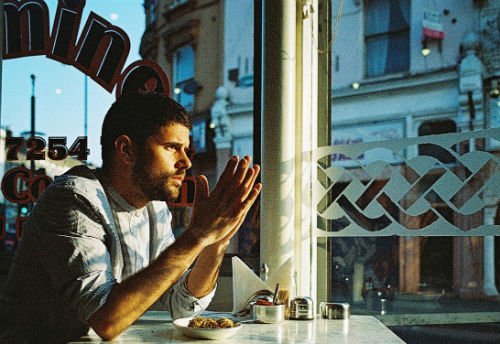 Ahead of releasing his new single ‘Fever To The Form’ on the 21st July 2014 through Fiction Records, London based singer-songwriter Nick Mulvey unveils a series of unique videos exploring the guitar fret patterns within his music. Nick says: “Some of you ask me about my guitar playing so I’ve created a series of short videos explaining the guitar patterns for the songs on First Mind. Here you go”.

He adds: “When it comes to guitar playing I think of the fingers on my right-hand as a whole band. My thumb is the bassist, my index finger is the keys player and my third and fourth fingers are like a horn section. Sort of. Interlocking lines of music, simple on their own but complex in combination, have fascinated me since I started playing music as a teenage”. ‘Fever To The Form’ is taken from his impressive debut album, ‘First Mind’ (out now).

On his music Nick says: “My playing is all about lines, not strumming chords. It’s about having motion and rhythm and groove. It doesn’t have to be complex, but it has to be animated. Singer-songwriter stuff, Philip Glass – it’s all in there.”