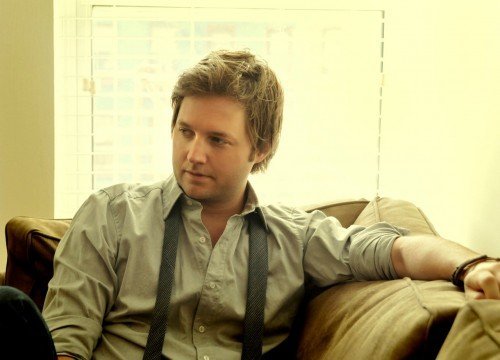 Fresh from becoming the soundtrack to American network television’s biggest shows such as The Hills, Jersey Shore, Next, Cougar Town, 90210, LA Ink, Greek, and Army Wives, Nick Howard is now returning to his home shore to take the UK and Ireland music scene by storm.
Moving from Brighton to New York six years ago after being charmed by the city that would embrace his ambition, Nick spent four years balancing jobs from day to night, squeezing in shows at venues even Google couldn’t find, as well as writing and recording when and wherever possible.

In 2009 armed with his debut album ‘Something to Talk About’ Nick managed to break free as credible artist receiving airplay across radio networks in the US and Europe performing multiple times on live television, including appearances on NBC, Fox and the BBC.

Nick’s follow up album, ‘When The Lights Go Up’ is set to be released on 9th January 2012 and includes several tracks produced by Marshall Altman (Natasha Bedingfield, Matt Nathanson) which has already allowed him to support acts including Lifehouse, Boyce Avenue, Gavin DeGraw, Counting Crows and Jack Johnson playing sold out shows to tens of thousands of new fans.
facebook.com/nickhowardmusic