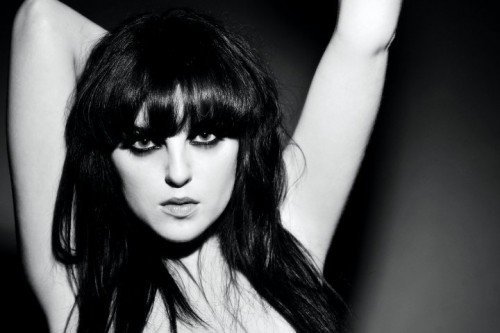 ONE of Northern Ireland’s Westend stars has revealed she will be releasing an album in the new year.

Bangor actress and singer Niamh Perry says while it’s hard to juggle both careers she feels she’s lucky to be working at all.

“I definitely don’t have a preference but I know that my time is slightly more limited with my own music.

“I decided to change the spelling of my name for my record (Neeve) so that I could have a clear difference in my head. That sounds weird when I say it but it makes sense to me. I want to be able to do both and be both. I want to be a singer/songwriter as well as an actress. 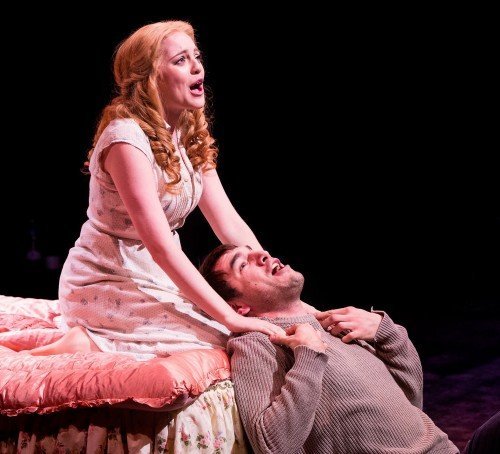 “Maybe that sounds greedy but you only live once. I keep things totally separate in my head with separate managers, separate twitter/facebook. It sounds quite silly and complicated but I think it’s the only way I can do both without them spilling into each other. I do really enjoy both and I’m really grateful that I get to do this as a job.”

Niamh just recently finished a run of playing the famous Johanna in Sweeney Todd in Leeds and Manchester and is probably best known as a finalist in the BBC show I’d Do Anything search for a Nancy in Oliver.

In 2008 Niamh shot to fame in the primetime TV show and although she didn’t win she went on to land roles on the Westend in Mamma Mia and Andrew Lloyd Weber’s Love Never Dies.

“I finished playing Johanna in Sweeney Todd at the end of November and I can honestly say it was the most amazing, challenging and exhausting job I have ever done” said Niamh, adding: “I was cast back in the Spring but had to wait a few months before starting a crazy six week rehearsal period.” 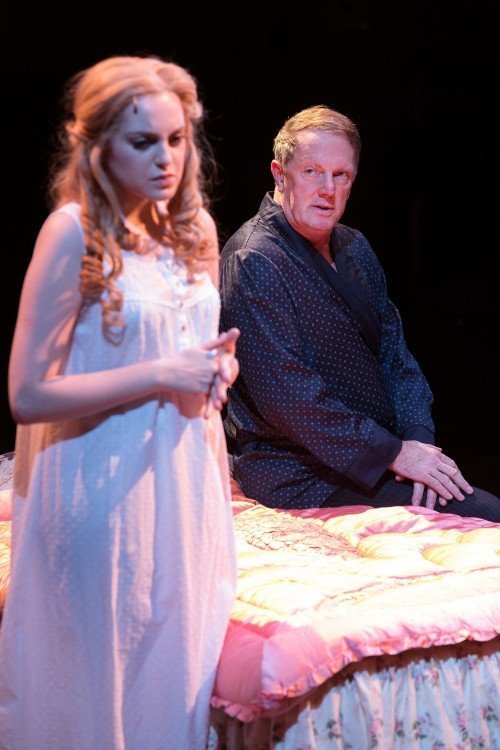 “As soon as we opened we were back in the rehearsal room, re-working and re-blocking the entire show so that we could transfer it to the Manchester Royal Exchange Theatre, where we would be performing in the round- while performing our original production in the evenings.”

“It was totally crazy but I loved it. The caliber of actors that I was working with was extraordinary and I learnt so much.”

Now as the new year approaches Niamh is getting ready to become Neeve, her singer/songwriter alter-ego.

And for her this means more time with her Belfast born boyfriend of 18 months musician and producer Matt Weir who also lives in London.

Niamh said: “I have worked with Matt on some of my music, he’s the kind of guy who gets on with everybody. He is hilarious and gorgeous and I’m very lucky.”

When it comes to her own music Niamh revealed it’s been a long time coming.

She added: “I’ve been working on my own material for quite some time now and over the past few years have been able to write and record with some really awesome people.

“I have recently collaborated with producer Daniel Lindegren, Nick Lloyd Webber and Lene Marlin. I’ve always found it quite difficult to put myself out there when it comes to my own music.

“I’m used to performing, but not usually as myself so it can be quite daunting. I’ve co-written all of the original material that I’ve recorded. I like it to be really personal, but not so personal that it’s not relatable. “A lot of my stuff is out there online but I am aiming for an official release next year. I never get ahead of myself with this though. It’s hard to put into words just how difficult it is to get anywhere in the music industry, but I’m excited to totally throw myself into it.”

Despite living the dream in London on the stage and in the recording studio Niamh says there are easier industries to work in but it’s been made easier for her because she’s come to love her new home of London.

She said: “I’ve had an awesome time living in London. Sometimes it can be a bit crazy and expensive but it is a wonderful city.

“As well as Matt, my big sister Ciara lives in London too (she is a lawyer) so a bit of home is always there incase I need it. I’ve been lucky enough to do some great jobs over the years and record and write with amazing people.

“I’ve chosen a very hard career both in music and theatre but I really like the challenge of creating and developing a character. I also love the people that you meet along the way. It can be really intense at times but I love it.

“It sounds like a cliché but when you work long and hard on a show and at the end the audience are up on their feet clapping, it is an amazing feeling.

“Sometimes people think you just turn up and do the show and go home but in my experience there is so much more to it than that.

“The hours of extra rehearsals, keeping your voice and health in full working order, the change in sleeping and eating patterns, never feeling truly rested.

“When I arrived home after Sweeney Todd the first thing my dad said to me was ‘Wow you don’t look great, are you feeling ok?’ I’m pale at the best of times but when I’m run down and tired, I’m almost translucent. He says that to me after every job finishes. You’d think he would have gotten it by now.”

And of course, like everyone else, Niamh has big plans for 2014.

“I’m hopeful that I’ll get to gig a bit more with my own music but it’s all dependent on what comes next.

“My boyfriend tours a lot with his job and I’ve been working in the north of England for four months of this year so it would be cool for us to both be settled in London for a bit.

“You’ve gotta go where the work is though.”