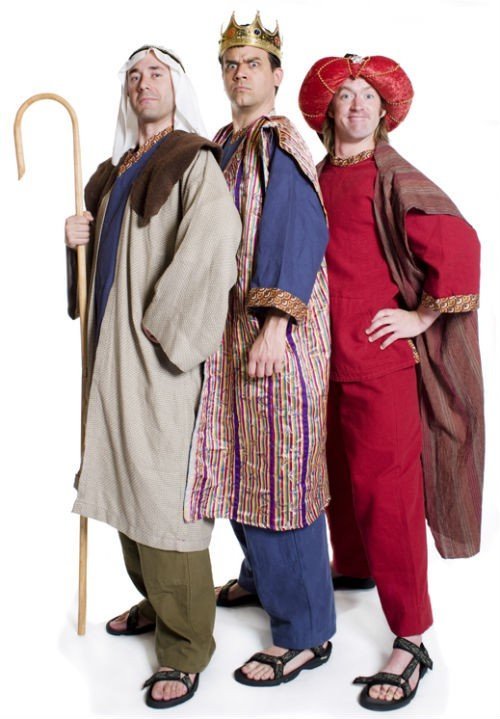 NORTHERN Ireland’s stars of theatre at home and throughout the UK have expressed their outrage at Newtownabbey Council’s decision to cancel a critically acclaimed production at The Theatre on The Mill in Newtownabbey.

Some of the country’s best known Westend stars, producers and actors say they are “shocked”, “dismayed” and “astounded” by the move… 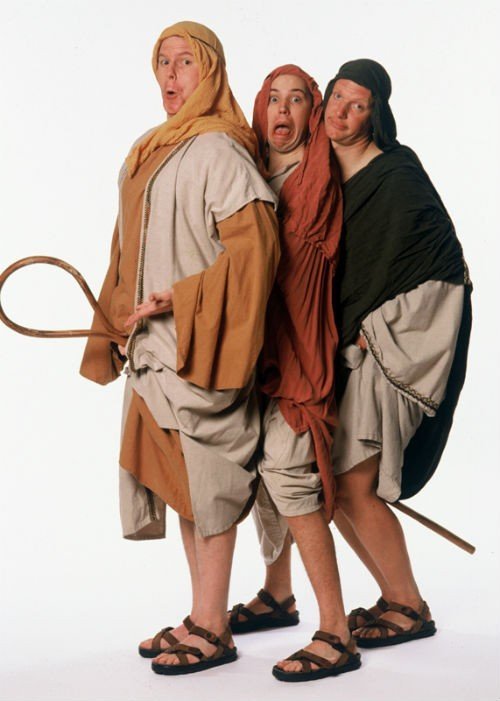 The Bible: The Complete Word of God (Abridged) was due to open on Wednesday January 29, for two nights but was cancelled by Newtownabbey Council following complaints that it was blasphemous.

Now outraged stars of theatre and screen from throughout Northern Ireland are asking “will all artistic projects be censored?”. 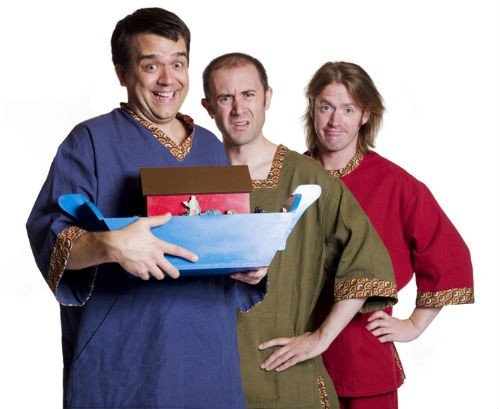 Westend star and Bangor actress NIAMH PERRY, 23, best known for being a finalist on the BBC show I’d Do Anything said she was “shocked” at the news: “This is such a shame. I feel if a show offends someone, don’t buy a ticket to see it. It isn’t compulsory viewing.

“People forget that this is a theatre company’s livelihood. In such a financially difficult time for the arts it is a real shame that this has happened.” 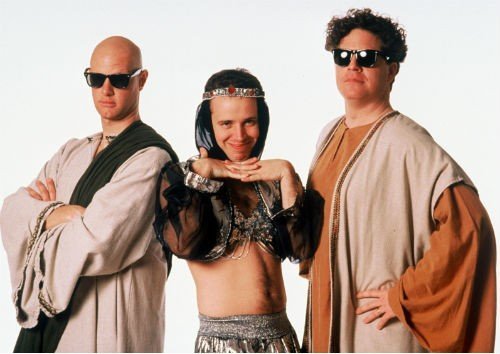 Theatre actor STEPHEN HAGAN, 28, from Greenisland who recently finished filming the role of Phil Hughes for the Northern Ireland football movie Shooting For Socrates – the story of Northern Ireland’s famous visit to the Mexico World Cup in 1986 said: “If the councillors would ever consider leaving their postcodes I would happily buy them tickets for the Book of Mormon in London, one of the most successful productions of the year.

“Who knew that Jerusalem (where the production was staged with no problems) is no longer the holy land-it is, in fact Newtownabbey.”

Renowned Belfast playwright and actor DAN GORDON, 52, simply exclaimed “everybody loses!”
Actor JONJO O’NEILL, 35, believes it was a decision “based on fear”.

He added: “I’ve seen the show- its a good piece of entertainment. No one was being forced to watch the show, the audience booked because they wanted to see it.

“The board, presumably, think they’re protecting something, but they’re forcing their worldview on others and this is totally unacceptable.

“This is a small minded, culturally backward and – i have little doubt – ill-informed decision. How many of the Board saw the production before making this decision? I think Jesus would enjoy the show, but if he lived in Newtownabbey he wouldn’t be allowed to see it.”

Belfast comedian, writer and actor TIM MCGARRY, 49, said the decision is “embarrassing”, he added: Theatre at the Mill is a superb theatre. I’ve done a few shows in it and always had a great time.

“I feel really sorry for the Theatre management who have had this nonsense dumped on them by small minded people.
“We’re writing a new Give My Head Peace stage show which is on tour in March. Do we now submit our script to the DUP for approval? The whole thing is just embarrassing. If you find something offensive don’t go to see it.

“I find Celebrity Big Brother and TOWIE offensive but I don’t want them banned. I watch something else.”
Dungannon star FRA FEE,26, best known for playing Courfeyrac in the film adaptation of Les Misérables is currently starring in Candide at the Menier Chocolate Factory in London until March 1.

He said councillors shouldn’t have judged a book by it’s cover: “I hate to see artistic censorship – the Reduced Shakespeare Company are a renowned, satirical comedic theatre company and I think it’s frankly embarrassing for them to come to Ireland and see that their show is cancelled in one of the theatres.

“If you’re of a sensitive constitution and think you may be insulted, just don’t go.

“It’s that simple. The Book of Mormon a huge hit musical in London which satirises The Mormon Church and pretty much every other organised religion along the way, is perhaps on paper, the most controversial show made – but critics were proven wrong when they saw that although satirical, it manages to celebratate religion and community as well. So similarly, don’t judge a book by it’s cover.

“But primarily, one isn’t compelled to see the production.! It’s incredible that a fuss can be made about something that isn’t going to personally trouble you if you don’t want it to. I feel sorry for those who would’ve loved a fun night out.”

Meanwhile former Hollyoaks star BRONAGH WAUGH, 31, said she was “dismayed” by the decision and feels “it’s a great shame when bureaucrats in local government feel the need to exercise their authority on what should and shouldn’t be seen in the theatre”.

She added: “This is censorship gone mad. I have not seen this specific production by the Reduced Shakespeare Company but I have seen many of their other shows and they are always great fun, informative and tongue in cheek. They have performed sell-out shows all over the world and to know that they have been forced to cancel a show in my home country due to pressure from local council for fear of upsetting people, saddens me greatly.

“Have they even seen the production? I would hardly consider any of the shows that the R(educed)SC perform to be particularly controversial or offensive. They are a light-hearted, fast-paced energetic company that produce fun and informative shows which are often visited by school groups as part of their drama/English lit curriculum (the Dickens abridged show for example).

“I strongly believe that theatre should not be censored by any kind of governing bodies- it’s art for God’s sake – no religious offence intended Newtownabbey councillors – people should be allowed to form their own opinions and if they deem it inappropriate can choose not to go.

“In an age when theatre audience numbers are dwindling and funding cuts are happening left, right and centre, the last thing a local theatre needs is to have to cancel (a popular) show due to eejits in suits getting on their high horses.

“We should be supporting the arts and encouraging people to go and see live theatre, not preventing it. I fear this will only discourage fantastic companies like the Reduced Shakespeare Company from coming to our regional theatres and missing us off their UK tours and that’s a crying shame as it’s us, the audience who will lose out.

“You would think we’d gone back to the Dark Ages. I only hope this whole debacle means that people’s interest is piqued and they will go and see the show in another local theatre boosting audience numbers. Hell, if there’s any tickets left, I’ll treat the councillors – I bet if they actually saw it they’d have great craic.”

Belfast actress, performer and former Westend star DONNA FLEMING, best known recently for being the star of the The Dolly Show in her role as Queen of Country Dolly Parton said she was “astounded” at the decision.

She added: “as a Northern Ireland performer the decision to scrap this production is an embarrassment. The fact the show has toured the world, including Jerusalem and the Whitehouse, with no problem, yet is banned here, it simply makes me cringe.

“I was under the impression we were living in a democracy where as adults we could choose what we wanted to see…apparently not. We very obviously live in a dictatorship. Yet again our politicians make us look like fools. Someone needs to tell them to get out of the dark ages.”

TV and theatre star CONLETH KANE, who’s currently appearing in Snow White and the Seven Dwarfs alongside Gok Wan and Stephanie Beacham at the Birmingham Hippodrome said: “This is embarrassing. This takes me back to when I was a kid and when I appeared in my first ever show Jesus Christ Superstar in Portadown Town Hall in the summer of 1993, and I remember arriving on opening night to a street of protesters. Have people not better things to do?

“I researched this company and their production. I find it hilarious that the show can tour to Jerusalem and receive no protest whatsoever from the Israeli authorities. If the show wasn’t to the taste of the DUP and their supporters, then all they had to do was stay and home and not buy a ticket, and let those who did want to see it, go and have a night of light-hearted fun at the theatre. It’s 2014.”

London Irish and theatre actor CIARAN NOLAN said people need to realise they have the power to stop this kind of censorship.

He added: “The arts is all about putting subjects that are controversial to the people to create debate. If the people at the top censor this then free speech is dead. We elected them although we have the power to fix that.”

Acclaimed theatre actor who has worked with everyone from Dan Gordon to Adrian Dunbar, CHRIS ROBINSON is calling for another theatre in Northern Ireland to open their doors to the production.

He said: “The news of Newtownabbey Council’s decision to ban the Reduced Shakespeare Company is both depressing and sinister not least because I believe Mr Ball hadn’t even seen the show before he made the decision that it was offensive to Christians.

“The company specialise in slick and affectionate celebrations of their subjects and have played worldwide without anything of this sort happening before.

“It makes me sad that politicians have this power, the point of theatre is to allow people to see for themselves and make their own decisions. I think it also sets a dangerous precedent of censorship and yet again Northern Ireland presents itself on the world stage as an extremist intolerant backwater.

“I would call for one of our other theatres to reach out to the RSC and offer them alternative space. We cannot let the ill informed bigots dictate to the majority, I would go further and add that this highlights why local council’s should not be allowed to run theatres. Art is there to comment on politics not the other way round.”