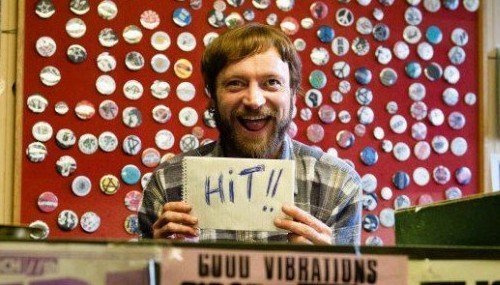 A WHOLE host of homegrown Northern Irish actors will hit the promotional trail this year as they prepare for the release of a number of low-budget movies and TV shows.

And one of those films will be the story of Northern Ireland’s famous visit to the Mexico World Cup in 1986. Shooting for Socrates was filmed in Belfast and is described by producers as a “David versus Goliath story”. 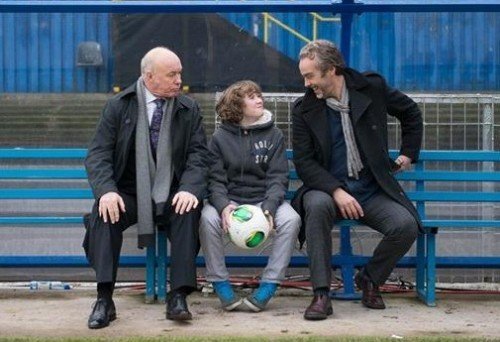 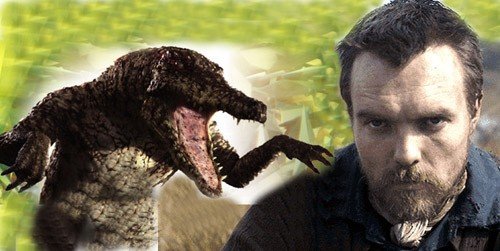 The film will see many local sports personalities represented including Gerry Armstrong (McCusker), Jackie Fullerton (Hill) and Sammy McIlroy (McMenamin) and is already being tipped to follow in the success of Good Vibrations, the story of record shop boss Terri Hooley, in 2013. 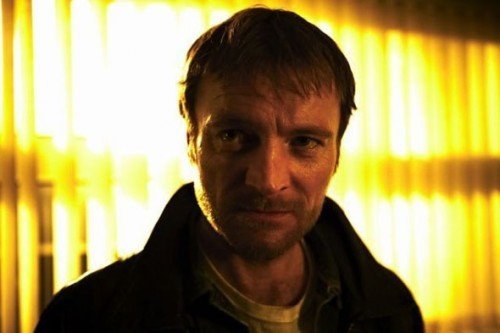 One production insider said of the plot: “It’s quite a moving story of Arthur and his son Tommy from East Belfast.

The film takes the audience through the lead up to a momentous day in the life of the young boy (his 10th birthday) which mirrors the build up to the big day for the Northern Ireland team when they play the greatest match of their lives against Brazil.

Aside from his role as footballer Gerry Armstrong in Shooting for Socrates it’s believed Portadown actor Aaron McCusker, 35, is getting prepared for a number of castings and auditions throughout the UK and America building on his recent success of appearing in top US TV series Dexter.

According to a production source the film is about “breaking the rules”.

The source added: “Good policing doesn’t necessarily mean doing everything by the book. As the business of crime in London turns to favour the Albanians and Turks this film asks the question ‘how does a good policeman survive?’.”

Primeval star Ciaran McMenamin, 38, will also star in short film Land Is God, a drama about a writer from the area coming home to visit his dad who lives alone and has visions of his son taking over the land. 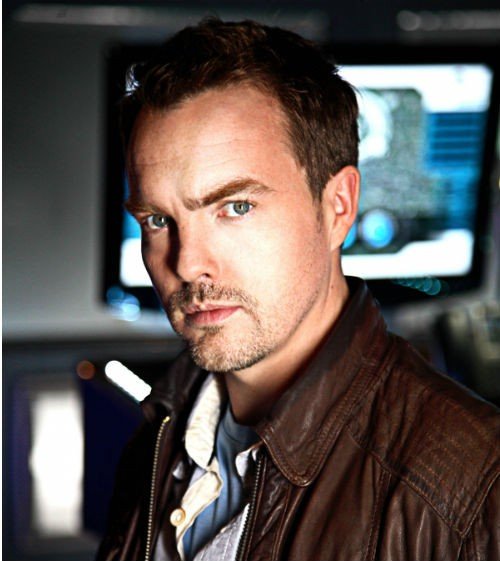 For Enniskillen born Ciaran he said he was attracted to the script because he felt a connection to the story based in Fermanagh.

Speaking before filming he added: “As someone who has lived away from Fermanagh for half of my life, I feel that it’s important to keep that connection.

“I love the medium of short film and I’ve never done a drama so I’m really looking forward to it.

“Also, it’s great to be able to support Fermanagh film-makers. I haven’t done that since I worked with Nial Fulton in Australia on The Last Confession of Alexander Pearce.”

Merlin star COLIN MORGAN, 28, will have a relatively quiet 2014 on the promotional trail as he’s only one small role coming up in the TV mini series Quirke as the character Jimmy Minor. 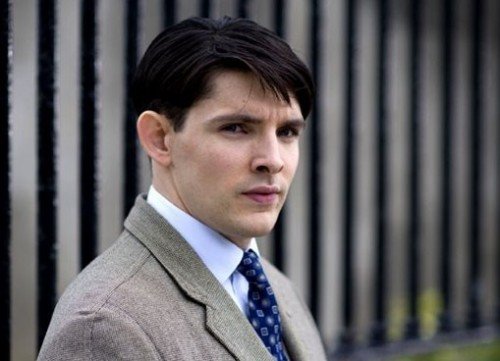 It is believed Colin is pursuing opportunities in America following the success of Merlin on BBC Worldwide.

Former Hollyoaks actress KAREN HASSAN, 32, who played Lynsey Nolan from 2010-2013 is appearing in short film drama The Caravan due for release in June. 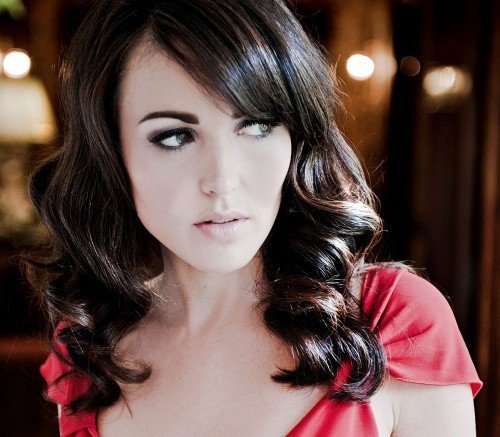 Karen plays Becky in the story of Georgina Langley who, when she succumbs to Cancer, leaves behind a will asking warring husband Keith and son James to restore the family caravan that has lapsed into a state of disrepair on a bleak Welsh coast Caravan Park.

For two men who can’t stand to be in the same room together, it’s going to be a tough job and when a new woman comes into Keith’s life James reacts badly, leading to a showdown that unearths a long buried secret.

Speaking of the role Karen said: “I play a character called Becky (James’ pregnant girlfriend) who helps James come to terms with his mothers death as well as supporting him through a minefield of a relationship with his dad.

“I worked opposite Darren Connolly who co wrote the piece. Everyone worked hard to show how fragile and painful some relationships can be. This piece definitely had a beating heart and it was a pleasure to be involved. “

Coleraine star JAMES NESBITT, 48 will take time out of his schedule to promote Danny Boyle’s TV movie Babylon in which he plays Chief Constable Richard Miller. 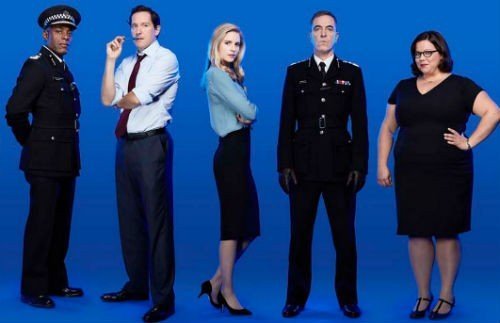 According to producers the film is “a look at the people in charge and on the front lines of a contemporary police force with James Nesbitt’s character at the helm.”

Belfast born actor GERARD McCARTHY, 32, who is best known for playing the controversial cross-dresser Kris Fisher in the hit Channel 4 soap Hollyoaks from 2006-2010 will star in the Irish film A Nightingale Falling. 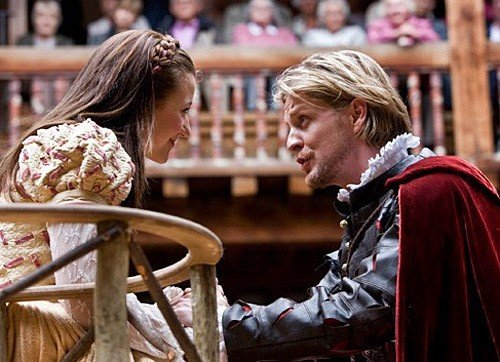 He will play Captain Shearing in the story set in Ireland during the War of Independence.

According to the film’s producers it’s a story where “two sisters’ lives are changed forever as they care for a wounded soldier”.

The film source also added: “What transpires is a tragic love story of a household & its inhabitants, caught in the crucible of dark deep secrets.”

Harry Potter and Game of Thrones star MICHELLE FAIRLEY, 49, will be promoting her role as Joan De Vesci in the Celtic adventure Ironclad: Battle for Blood. 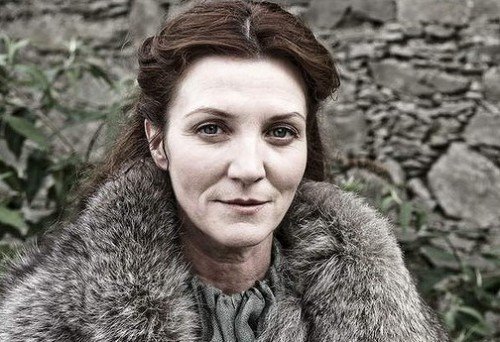 The Coleraine actress will play one of the lead roles in the story of a survivor of the Great Siege of Rochester Castle fighting to save his clan from from Celtic raiders. The film is a sequel to the 2011 movie, Ironclad. 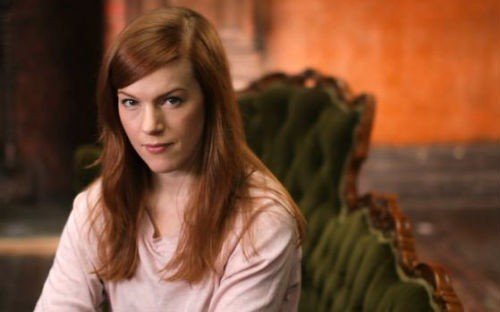 Niamh has been in the role since 2009 apart from a short break last year to appear in local crime series The Fall.