The elegant England batsman whisked his new wife off to the 5 star luxury island resort of Velassaru, Maldives to celebrate the start of married life in style. 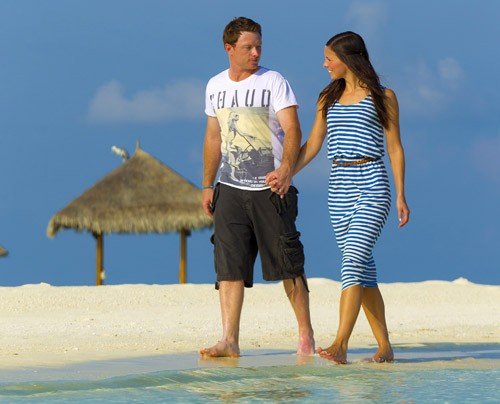 Ian, who was awarded the MBE for the England team’s Ashes victory in 2005, is seen here strolling hand-in-hand with his bride along the Velassaru beach as the Indian Ocean laps at their feet. 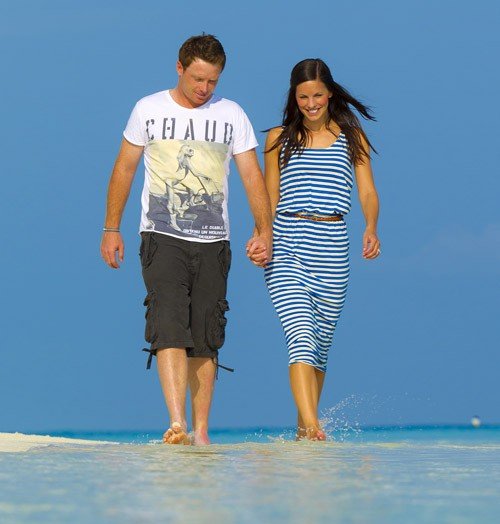 The couple married quietly early this month at a country hotel near Leamington, Warwickshire, before flying out to the Maldives for their honeymoon. Only a few family and friends were invited to the ceremony. 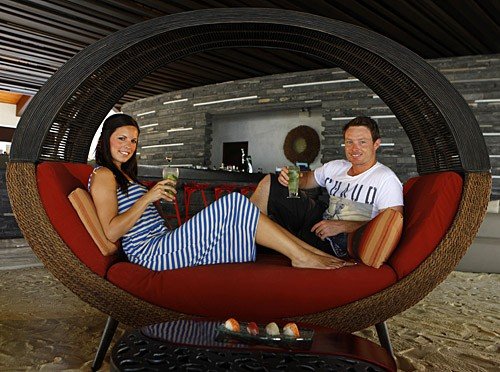 The cricketing legend, who has scored 12 Test centuries for England and been capped almost 100 times in One Day Internationals, was said to be looking forward to the sunshine break before a testing summer against Sri Lanka and World champions India.

Ian and Chantal, who looked stunning at the wedding in a traditional full-length gown, chose the same Universal Resorts location to honeymoon as Girls Aloud star Sarah Harding and beau Tom Crane picked to celebrate their engagement in January. 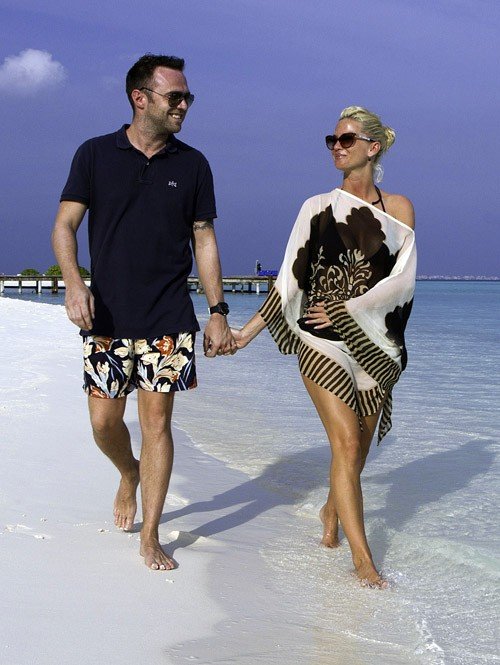 They stayed in sophisticated Velassaru’s Pool Villa which boasted its own private swimming pool, dining area, outdoor shower and decked veranda and were given their own private butler. 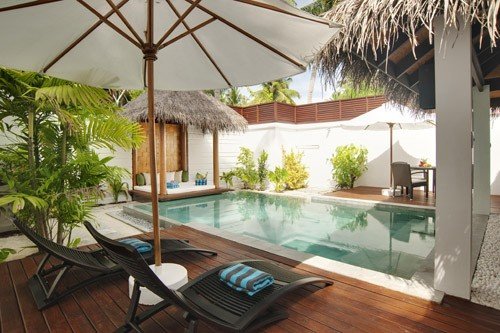 Sporting enthusiasts also holidaying on the 21-acre coral island, which is only accessible by speedboat, watched admiringly as their England and Warwickshire batsman hero and his wife raised a toast to the success of the England team in the Test series matches against Sri Lanka and India which start next month.