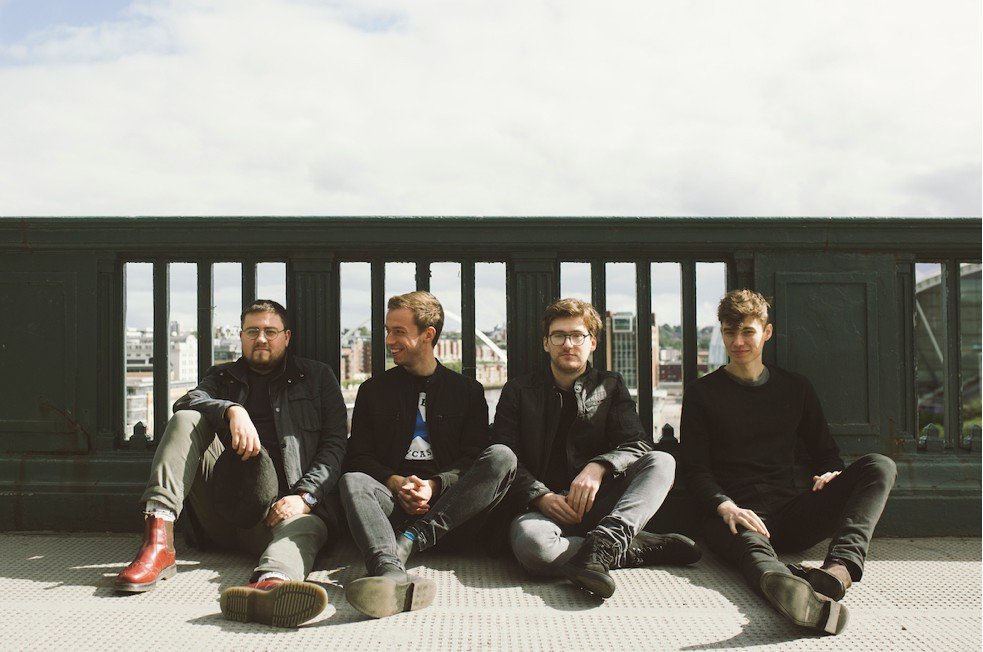 Crux seem to be riding a huge wave of momentum right now that can’t be ignored. Following the release of last year’s brilliant Slaving Away, the Newcastle four-piece are back today with new single Living in Dystopia. The track follows much previous success, which includes headlining the O2 Academy2 Newcastle and support from BBC Radio 6.

It’s clear Crux are passionate about inspiring change through their music and are not afraid to discuss real-life social/global issues; their last release looked at “wage slavery” while Living in Dystopia serves as commentary on the current state of the world. The very first line of the song, “A million people trapped inside one home”, emphasises what is a very harsh reality for many people right now, although, surprisingly, the lyrics were actually penned in 2018/2019.

Helmed by producer Max Heyes (Paul Weller, Doves, Massive Attack), Living in Dystopia is a must-hear. Crux lead vocalist Max Houghton says, “In my second year at the University of York, I was in a seminar on surveillance as part of my Crime and Criminal Justice Studies course. At the time, I was reading the dystopian novels, Brave New World and 1984. I thought our world was far from the dystopian levels in the stories I was reading and used this as an argument to justify surveillance. The seminar leader quickly shot my view down, opening my eyes to the similarities the world currently is to both of these novels, almost a cocktail of dystopia. This was back in 2017, and it’s only got worse since then. I wrote the lyrics in late 2018/early 2019 and think they reflect on the world’s troubles now more than ever. One hundred and seven thousand deaths is not just a number. Each one is a person with a family.”

If Living in Dystopia and their previous releases are anything to go by, Crux are in for a great year ahead. The song is available to stream now on all platforms: HERE