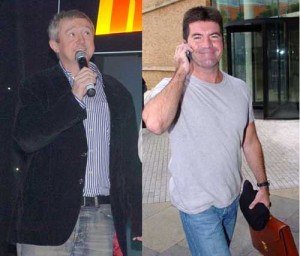 New X Factor format gets thumbs down.
Over two thirds of X Factor fans, who voted in our poll, don’t like the changes which have been made to the series.

An overwhelming 70% said that they preferred the programme’s old format, which saw auditions taking place behind closed doors with only the judges present.

The talent show returned to ITV1 on Saturday night with auditions taking place in arenas in front of a huge live audience for the first time.

Yahoo! user Gstranex said: “I didn’t like the new format very much. To have a live audience for the televised auditions surely takes away from ‘getting through to the final in front of a live audience.’

Comparisons have also been drawn between the show and ITV1’s other big talent search Britain’s Got Talent – Georginaappleby said: “With the audience it just seemed far too similar – the only thing missing was the buzzers!”
Read more…