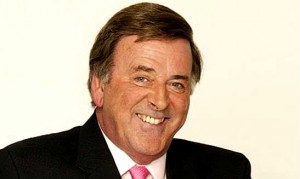 Sir Terry Wogan announced live on air today that he has decided to stand down from presenting Wake Up To Wogan on BBC Radio 2 at the end of this year. After two stints totalling 27 years, Britain’s most-listened-to broadcaster has chosen to give up early mornings at the end of 2009.

He will continue on Radio 2 with a brand new weekend radio programme launching early next year, details of which will be announced at a later date.

Speaking on this morning’s show he said: “Now, if you’ll pardon me, I’ve a little bit of news of my own. If the mail is anything to go by, most of the listening population have spotted a report that next year, I’m going to turn into Chris Evans. And I hate to tell you, but it’s true. I was hoping to break it to you, my loyal listener, more gently. I wanted to be the first to tell you. It’s the least I owe you, for endless years, countless hours of morning companionship, friendship, good humour, and laughter. Your loyalty and support has been a beacon of love in my life. 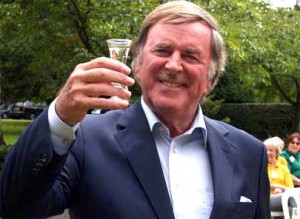 “There hasn’t been a morning, no matter how dark and drear, that I haven’t had a smile on my face and a song in my heart at the prospect of your company, your marvellous mail, your wit and wisdom. It touches me deeply that I have played a part in your lives, for it seems like generations; mothers and fathers who tell me how they force their children to listen to me in the morning, just as they were forced by their parents. And many many people, alone, ill or sad, for whom Wake Up To Wogan has been a comfort and a consolation. Let me tell you, it will never match what all of you have meant to meâ€¦.

“This is the hardest thing I have ever done in my broadcasting career, to say goodbye to you in the mornings. But if not this year, when? Five years, 10? I’d rather leave while we’re in love, as the song says, while the programme is the most popular on British radio, while we still delight in each other’s companyâ€¦.

“And so we will, until the end of the year, when my good friend Chris Evans takes over; I know that you’ll give him the same love and affection you’ve always shown to meâ€¦

“However, before you heave a sigh of relief at my passing, you needn’t think that you’ve seen or heard the last of meâ€¦I’ll be there until hell freezes over with Proms in the Park (see you there on Saturday next) and of course, Children in Need. My great and good Togs will still be rallying in that great cause, and I’ll be with them every step of the way, including the voyage.

“And in the new year, I’ll be starting a really exciting new show, live from the BBC Radio Studio at Broadcasting House in front of you, as my live audience, presenting the very pinnacle of live music, artists, guests, and of course, you, your mail, your warmth, your witâ€¦ 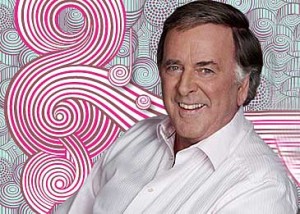 “So, this is not goodbye, it’s not even au revoirâ€¦As they used to say when I was a lad, ‘See you later alligatorâ€¦in a while, crocodile’â€¦”

Bob Shennan, Controller, Radio 2 and 6 Music, comments: “Terry’s contribution to the success of Radio 2 over the last 16 years is immeasurable.

“His unique talent has provided millions of listeners with the soundtrack to their morning. Terry is unequivocably the most accomplished radio presenter of his generation.

“I know his TOGs and TYGs would like me to thank Terry for his years of devotion to the programme and I’m delighted that Terry has agreed to present a new, exciting show on Radio 2 next year.”

Terry first presented on BBC Radio in the late Sixties with Midday Spin.

Terry first fronted the Radio 2 Breakfast Show in April 1972 at the age of 34, quickly gaining popularity due to his wry observations and warm banter, sending his audience soaring to more than seven million.

His first spell on the show ended in December 1984 when he left to continue his TV career by presenting Wogan, the thrice weekly BBC One chat show from 1985 to 1992.

He returned to the network in January 1993, establishing Wake Up To Wogan as the country’s most-listened-to breakfast show.

Tim Davie, Director, Audio & Music, BBC, comments: “Terry is a legendary talent and I’d like to pay tribute, on behalf of the BBC and his millions of devoted listeners, to his unique place in UK broadcasting history.

“I’d like to thank Terry for entertaining his army of fans for many years and I’m delighted that he has agreed to continue to entertain the nation on Radio 2.”

As well as presenting Wake Up to Wogan, Terry has had a rich and varied career on the BBC.

His staunch commitment to BBC Children in Need began in 1978 when he presented a five-minute appeal on Christmas Day, which was repeated in 1979.

The appeal grew into a live TV appeal evening in 1980 which has been hosted by Terry ever since.

Terry’s hilarious and acerbic commentary of the Eurovision Song Contest turned the show into must-see viewing from 1980 to 2008.

He was made an honorary officer of the Order of the British Empire (OBE) in 1997, and then awarded an Honorary Knighthood in 2005, which was made substantive later that year when Terry was made a British citizen.

In 2007, Terry was made a Deputy Lieutenant of Buckinghamshire, and Terry gained the title of Ultimate Icon to celebrate Radio 2’s 40th birthday.

Terry’s announcement can be heard in full on bbc.co.uk/iplayer and bbc.co.uk/radio2.
Notes to Editors

In the recent RAJAR figures, the Wake Up To Wogan audience climbed to 7.93 million.