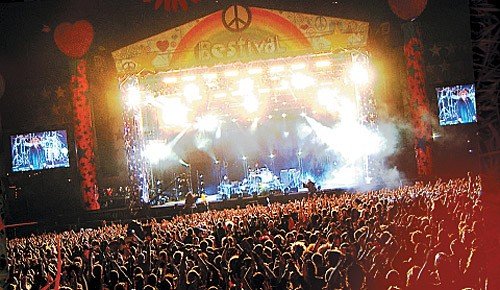 Watch the live videos for ‘Close to me’ and ‘A forest’ by The Cure at Bestival, taken from BESTIVAL LIVE 2011 the double album released on 2CDs / 1 digital download on Sunday Best Recordings in aid of the Isle of Wight Youth Trust
32 Cure classics including “The Lovecats”, “Close To Me”, “Friday I’m In Love”, “Lullaby”, “The Caterpillar”, “Just Like Heaven” & “Boys Don’t Cry”

“We had such a great time in the Isle of Wight at Bestival that we wanted to release this show as a way of thanking fans and islanders alike. Bestival is the best!” Robert Smith
thecure.com