The Iconic Peter Murphy has just unveiled his brand new video for new single ‘I Spit Roses’ from his forthcoming solo album ‘Ninth’. 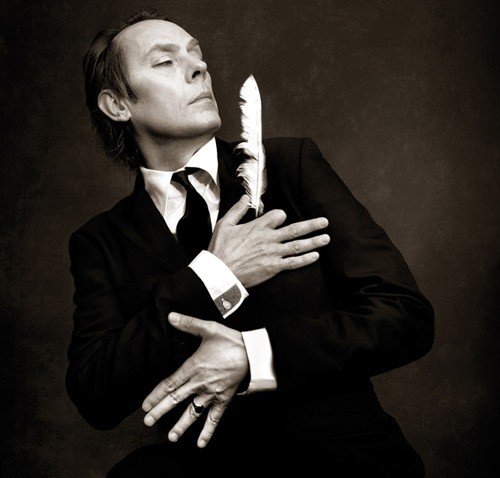 Directed by Justin Coloma, the video features intricate, hand-painted sets that are a modern take on the ornate, art-deco era aesthetic.

Ninth is Peter Murphy’s first solo album in seven years and since the permanent dissolution of Bauhaus in 2009.

The album sees Peter return to his roots, with echoes of his Bauhaus days clearly present in the overall feel of the record.

The return to the more rockier sound was influenced by the amount of time Murphy has been in the US where he currently spends half his time, the other half spent at his home in Istanbul.

Peter ignited a new generation of fans in 2009 when appearing with Trent Reznor during Nine Inch Nails final tour and again in 2010 with a central cameo appearance as “The Cold One” in Eclipse, the most recent installment of the Twilight series.

Peter has recently finished a tour in the states. UK Show to be lined up this Autumn.
facebook.com/petermurphyinfo
petermurphy.info