The Pierces follow their Top 10 iTunes and big airplay hit ‘You’ll Be Mine’ with their new single ‘Glorious,’ with an impact date of May 23rd. A timeless, uplifting song featuring The Pierces signature harmonies, ‘Glorious’ is a summer hit in waiting. 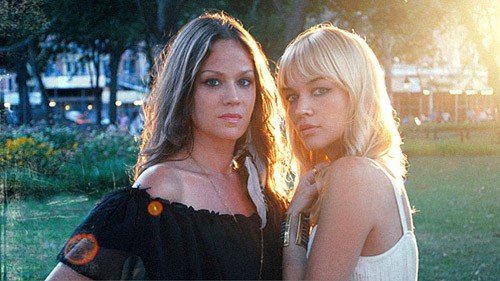 ‘Glorious,’ ‘You’ll Be Mine,’ and ‘Love You More,’ the title track from last years debut Polydor EP, all feature on The Pierces new album ‘You & I.’

The Pierces are sisters Allison and Catherine Pierce, originally from Birmingham, Alabama but now living in New York. ‘You & I’ was co-produced by Guy Berryman of Coldplay and his production partner, Grammy-award winner Rik Simpson. The album was recorded in Electric Lady Studios in New York and in Coldplay’s studio The Bakery in north London, and is released on May 30th.

The Pierces will be appearing at Glastonbury and many more Festivals to be announced over the summer.
Album ‘You & I’ released May 30th
www.thepierces.com
www.myspace.com/thepierces