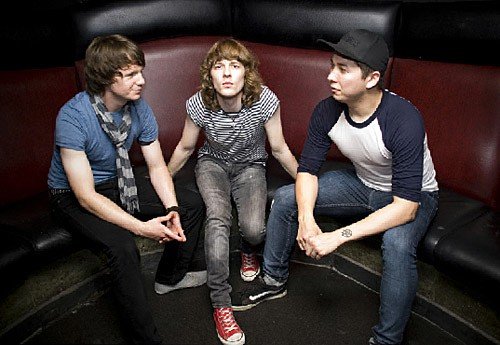 Check the video, for hot new UK band Rebel Territory’s debut single, ‘On The Rock’n’Roll’ (out now).
The band impress wherever they go, whether it was the late Amy Winehouse coming to see them or football manager Nigel Clough, who asked to meet them after they played Derby ’s Pride Park Stadium.

Their flamboyance onstage led to live footage being featured in a Harley Davidson documentary illustrating music’s power to enthral and entertain.

The debut ‘double A’ single Falling For You / On The Rock’n’Roll was mixed by Carl Rosamond (The Pierces, The Wedding Present, Cud) and mastered by the legendary Jon Astley (The Who, The Rolling Stones, Led Zeppelin).