Check the new video for ‘Fire in your Eyes’ by Platnum, a three-piece vocal group from Manchester, UK, consisting of male vocalist Aaron Evers, female vocalists Mina Poli and rapper Michelle McKenna. The trio arrived out of the bassline scene and are best known for providing the vocals on H “Two” O’s 2008 single, “What’s It Gonna Be?” 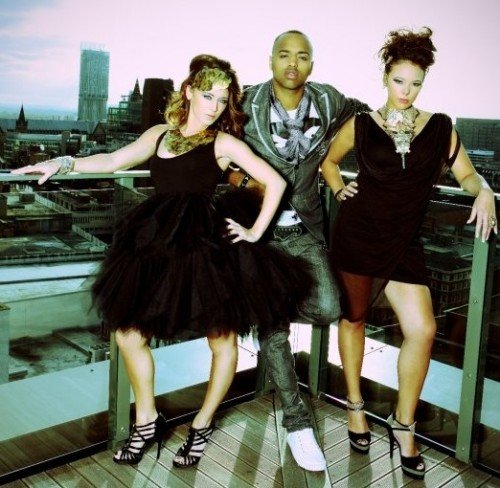 Platnums second single Love Shy was also a chart success charting at number 12 in 2008 and providing the band with their second chart hit proving that they were not one hit wonders.

Now in 2011 Platnum are back. Signed to AATW/Universal and fresh off of a nationwide tour with Roll Deep the band are ready to re-enter the scene with new material, a new label and a new outlook.

Whilst recording their new album and working on singles with the likes of Black Eyed Peas and Will-I-Am collaborator Poet (Black Eyed Peas- “Boom Boom Pow”), T2 (Heartbroken), Nathan Retro (Tinchy Stryder), Virgo (Giggs) Efexx (Esmee Denters) and more the group have decided to provide some material to their fans for free in the form of a mixtape.

Fire In My Eyes featuring TJ Lyricz is the first release from the forthcoming Mixtape “It’s a Platnum Ting” which is mixed by Radio 1Xtra’s DJ Target and features the likes of Mz Bratt, DJ Ironik, Brazen, Shifty and more. The mixtape is available for free download from June 20th.