‘Ginger Swan’ Nicola Roberts is back with the release of her new single, Lucky Day on September 18th. 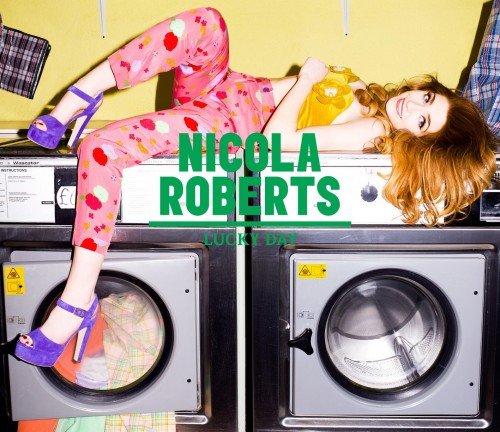 Lucky Day is one of the first songs Nicola wrote as a solo artist and fittingly, the song is an optimistic pop belter with its feet firmly on the dancefloor. The single is co-written with Canadian band, Dragonette.

“Dragonette were the first people I worked with when starting my album. When I wrote Lucky Day I had short hair and was really into 40s fashion. All of the ‘woah woah woah woah’ and the ‘ah ha’ really is a reflection of that,” explains Nicola. “When it came to producing the track early this year, I wanted to change it to a more modern downbeat dance record because that’s what I am more into now.”

The video for Lucky Day was filmed in New York on one of the hottest days of the year in the city. Nicola and the crew sweltered during the shoot as temperatures topped 100 degrees. The promo clip was based on an idea Nicola had inspired by Grandmaster Flash’s The Message video. The video sees Nicola taking a stroll around the East Village and is directed by Stephen Agnew [White Lies/Vaccines]