Why Does Love? It is certainly a subject that has exercised the minds of poets, philosophers and scientists across the millennia, but on the whole the answer remains a mystery. 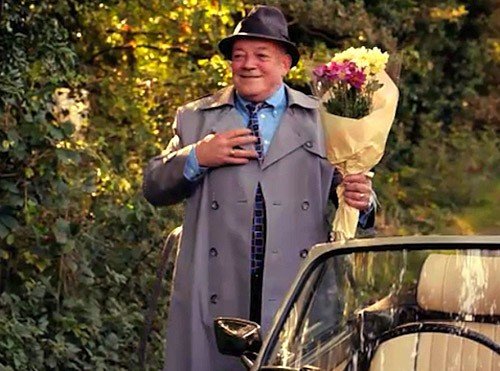 With a video featuring actor Tim Healy already causing a stir on YouTube, 21st century crooner KJ becomes the latest songsmith from the thousands who have mused on the vagaries of the emotion we call love.

Geordie actor Tim, who has appeared in countless top TV shows, from Auf Wiedersehen, Pet to Benidorm, was approached with the offer to star in the video eighteen months ago.

â€œThey told me that the song was by a new artist, I liked it and the idea for the story, so I agreed.â€ He says. â€œWe had great fun doing it and I think that shows in the video. Iâ€™m really pleased with the result.â€

And if you want to tell someone you love them, let the song and its video do the talking for you by sending the video as a free personalised e-card via whydoeslove.com
Why Does Love?â€™By KJ
UK single release April 4th