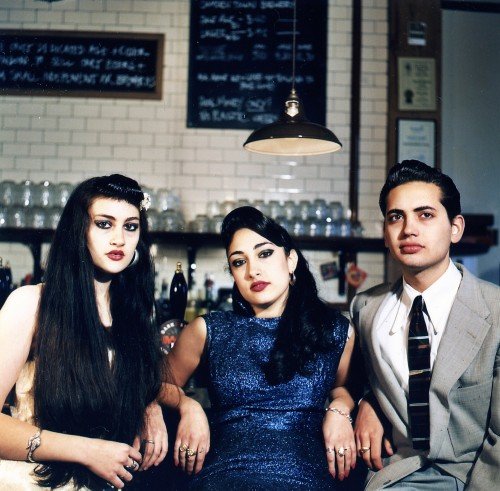 Check the video for KITTY DAISY & LEWIS new Single ‘Don’t Make a Fool Out of Me’
The new single is out on 24th October on Sunday Best Recordings, the third to be released from their great second album ‘Smoking in Heaven’.

In ‘Don’t Make a Fool Out of Me’ we once again find the brother-and-two-sister band from North London revelling in their dazzling ability to produce a unique sound derived from their widespread musical interest and a resulting commitment to a plethora of influence.
U.K LIVE DATES November 2011
24/11/11 – London, Scala
26/11/11 – Sheffield, Leadmill
27/11/11 – Liverpool, Masque Theatre
28/11/11 – Lancaster, Lancaster Library
29/11/11 – Cambridge, Junction 2
30/11/11 – Brighton, Komedia
kittydaisyandlewis.com facebook.com/kittydaisyandlewis