WATCH pop star Kim Petras’ latest video for new single Die For You . Kim Petras insists it’s her voice, not her life, that people should be concerned with. 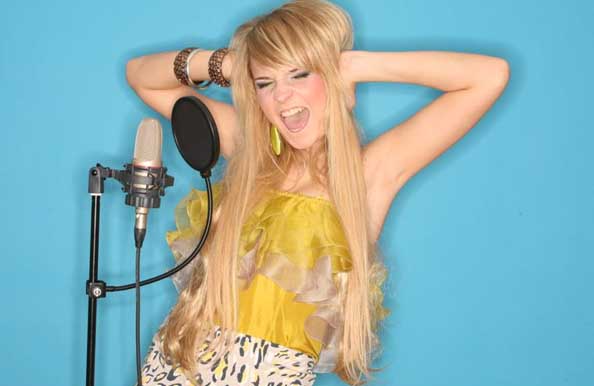 Her parents have said that from the age of two, she began insisting she was a girl.

It slowly became apparent this was “not just a phase” and so her parents tried to be supportive but made her wear gender neutral clothes in public.

Eventually her parents sought professional help but struggled to find people who were knowledgeable on the subject.

In time they found Dr. Bernd Meyenburg at Frankfurt University who was head of a clinic for children and had studied transsexuality since the 1970s.

In 2006, Kim, then aged 13, made her first significant media appearance in a story on Stern TV, a German television current affairs show.

In it she describes her “gender transition” and the medical treatment she received at the Endokrinologikum (Hormone Center) in Hamburg by Dr. Achim Wasthof.

However it wasn’t until the following year, aged 14, that Kim gained worldwide attention from the news media.

This came about after she appeared in a German television documentary and a talk show in a push to get permission for early Gender Reassignment Surgery at age 16. According to German law, a person must normally be at least 18 to be allowed to undergo this kind of surgery.

The publicity generated from the 2007 TV appearances resulted in many news articles about her gender transition at age 12 and describing her as the “world’s youngest transsexual”.

This assertion, however, is inaccurate, as Gender Identity Disorder is often diagnosed in early childhood and transition by children under 12, though uncommon, is not unknown.

However Kim Petras may have been one of the youngest people at that time to receive female hormone treatments.

In September 2007 she was a model for a nationwide chain of German hair salons.

Kim turned 16 in 2008, and announced in a November 2008 post on her blog that she had recently completed her Gender Reassignment Surgery.

The story hit the news media on February 4th 2009 and appeared in newspapers worldwide, even making the front page of some.

A common theme of these articles is that Petras may be the youngest person in the world to have had sex reassignment surgery, although there has been no verification of this claim.

Kim is very adamant that her gender has always been female. In an interview about her surgery she stated “I was asked if I feel like a woman now – but the truth is I have always felt like a woman – I just ended up in the wrong body”.
wikipedia.org/Kim_Petras
www.myspace.com/kimilinlein