Thousands of you have been begging for the identity of that track from Fedde le Grand’s recent Takeover Tour videos on FLG TV: It’s Goldfish – Soundtracks & Comebacks 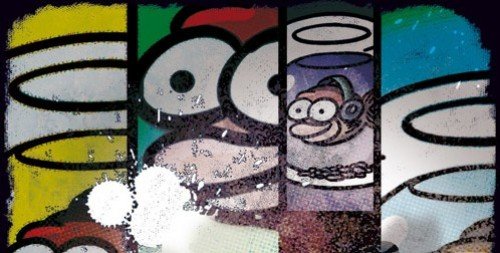 Taking a slightly psychedelic trip with a DJing goldfish, a hotly pursuant cat, boogying underwater sea life and with a random evolutionary twist thrown in for good measure, this musical animation is definitely one of the most unusual and entertaining videos we’ve ever seen from Fedde.

With Soundtracks & Comebacks, the Dutchman once again proves to be an unstoppable one-man hit factory as he takes the pair’s sizzling summertime saxophones, funked-up organ chords and sleazy vocal line and puts it through the le Grand remix machine, spitting out a huge new cut on the other side.