Exactly one year after Fedde Le Grand took to his private jet and set off on his monumental 2010 Summer Takeover Tour, the invincible Dutch DJ now takes his fans on a truly unforgettable audio-visual experience through his frenzied journey of yesteryear, in what is, hands down, the best 18 minutes of solo DJ video footage you will witness this year. 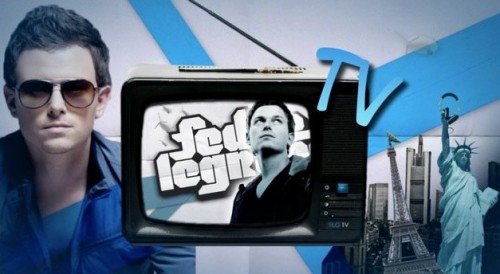 What is essentially a short film installment of Fedde’s FLG TV series, Episode 7: The Takeover Tour gives us a seamless, unrelenting and witty insight into the most hectic and success-ridden four months of Fedde’s career to date.With a soundtrack featuring the crème-de-la-crème of his studio output of the last 12 months (Running, Autosave, Missing, Metrum and Control Room to name just a few) to supplement some truly incredible video footage, we begin to understand why he is amongst the most loved and admired DJs on the planet. It’s an exhausting, remarkable and hilarious watch.

From June to September, Fedde Le Grand quite literally took down parties at every corner of the globe. Whilst also managing to hold down a weekly residency at Ibiza superclub Pacha, he dedicated four long months towards gracing his international faithful with performance after performance of exquisite Le Grand showmanship gold.

This episode is just a taster of things to come because this year he’s going to do it all again – only bigger! As Fedde embarks on his 35 show (and counting) international gigging schedule across July and August, 2011’s Summer Takeover Tour is set to exceed all expectations.
www.feddelegrand.com/events
www.facebook.com/feddelegrand