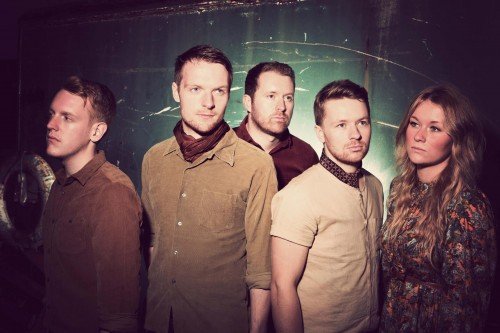 Cattle & Cane is a real family affair: Joe Hammill provides guitar and lead vocals alongside his sister Helen who adds an extra layer of lead vocals and keys. Fran Hammill brings powerful dynamicism on electric guitar and backing vocals whilst Paul Wilson and Vinny Hammill constitute the backline with drums and bass guitar.
Their music is indelibly marked by a sepia-tinted, timeless quality – that could just as easily have emerged from pre-war America as post-millenium Teesside.

The band’s second release, a four-track EP, is available now. The record includes ‘Waiting’, ‘The Poacher’, ‘We Were Children [Live]’ and ‘Sail Home [Live]’.

It promises to showcase Cattle & Cane at their most powerful, pure and poignant.
facebook.com/cattleandcane