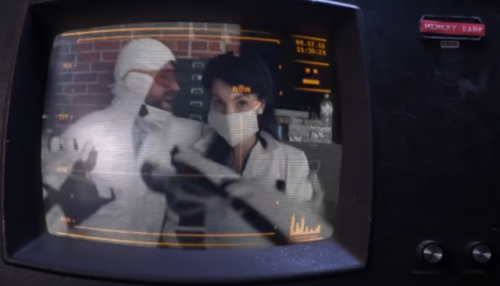 Check the video for Aparat’s new single ‘Song of Los’ on Mute, taken from the forthcoming album ‘The Devil’s Walk’ (both out now).
On Song Of Los, chanting vocals supplied by Sascha Ring glide upon multiple tier of choral harmony, expansive orchestral passages and an elegantly throbbing bass line, all of which melt into one another with such delicate ease that the overall effect is ethereal, transcending the margins of electronic music with a sound that is overwhelmingly human.

The album, conceived during a trip to Mexico, was recorded in Sascha’s Berlin studio. With Patrick “Nackt” Christensen (formerly of Warren Suicide) on board as a co-producer they re-worked material already recorded in Mexico, taking it in a new direction, eventually arriving at the majestic finished product that is ‘The Devil’s Walk’.
Apparat UK tour:
14 October – Bristol, Arnolfini
16 October – Brighton, The Haunt
17 October – Leeds, Brudenell Social Club
18 October – Manchester, The Ruby Lounge
19 October – Glasgow, The Arches
26 October – London, KOKO
apparat.net
facebook.com/apparat.official