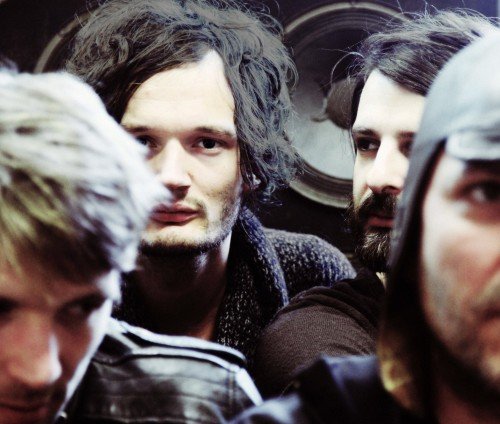 It is safe to say that any electronic music enthusiast will have come across Berlin artist Sascha Ring at some point. Whether it be via the releases of his first three albums under Apparat, through the music of electronic supergroup Moderat, through his collaborations with other music greats such as Ellen Allien, or at one of his epic live club or festival performances, Sascha’s restless presence within the field of electronic music is unavoidable and elementary to the evolution of the genre.

Apparat – Black Water by Mute UK
As an early track to be taken from the album, Black Water is a striking composition, compelling not only in its emotional content and aural beauty, but also in its capacity to represent Apparat’s eclectic make-up and their aptitude for breaking down electronic boundaries. Here is a sound that bears no explicit resemblance to the East-German techno that first prompted Sascha Ring to create music; instead the influence manifests itself in the subtlest and most intriguing manner.

As the mastermind behind Apparat’s evolution Sascha approaches many of the mechanics of techno music; richly textured layers, sombre melodies and entrancing dynamics and revises them to produce an orchestral work, driven by fervent emotion rather than mechanical rhythm. His melancholic vocal supplements guitars, keyboards and drums. Together they are suggestive of the progression from studio computer production to stage performance with a live band.

Within Black Water, Sascha has evidently transcended both his love for techno and his expert programming skills to investigate an unknown musical realm. This is the kind of track that is certain to invoke a reaction of some form from its listeners, whether it be contemplation this progressive sound or an emotional response. The same can be said for the entirety of The Devil’s Walk over the course of which Apparat prove they have the faculty to captivate listeners everywhere.