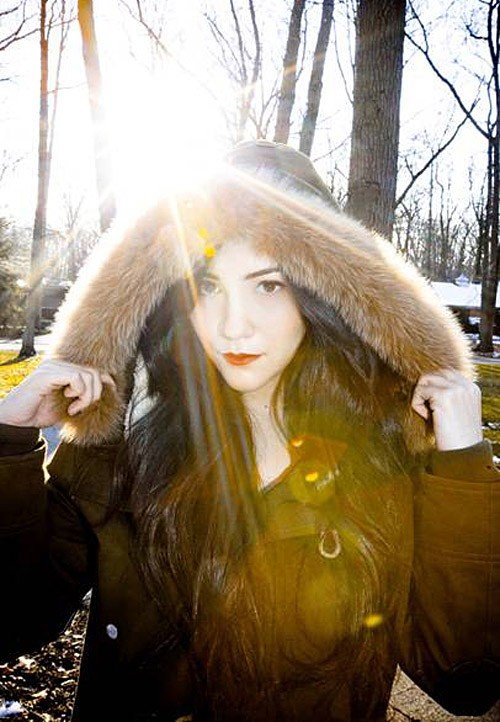 Check Alex Winston’s new video for the single ‘Choice Notes’. The track is been already featured in TV adverts for Hyundai and TK Maxx and will be getting a full release on March 5th. The beautifully shot video to accompany the single was filmed by Austin Peters and co-directed by Alex, and features confetti, fireworks and dancing with bed sheet-clad ghouls…
‘King Con’, Winston’s forthcoming debut on V2 is an exhilarating collection of songs; the album title reflects the multi-instrumentalist’s innate fascination in the pretenders of the world: everyday con-men, cult leaders and sham preachers.

Most of the songs on Alex’s debut LP are inspired by books and documentaries about marginal subcultures in America, with the resulting record almost acting as a musical adaptation of the works of Errol Morris and Louis Theroux.

‘King Con’ – the suggestion that an Elvis impersonator is the ultimate con – came to Alex after spending several months in an Elvis costume herself whilst promoting her recent single ‘Velvet Elvis’. ‘Velvet Elvis’ itself is inspired by objectum sexuality and the documentary ‘I Married the Eiffel Tower’.

Traces of her Motown influences can be seen on ‘King Con’ and it is full of Alex’s signature melodies, like in the soaring chorus of ‘Choice Notes’.
alexwinstonofficial.com
twitter.com/iamalexwinston
facebook.com/AlexWinstonOfficial