Duffy has announced two headline shows at Sugar Club in Dublin and Auntie Annieâ€™s in Belfast.

Once in a while, a startling new voice seemingly comes out of nowhere.
Welsh soul singer Duffy has come second on the BBC’s Sound of 2008 list. 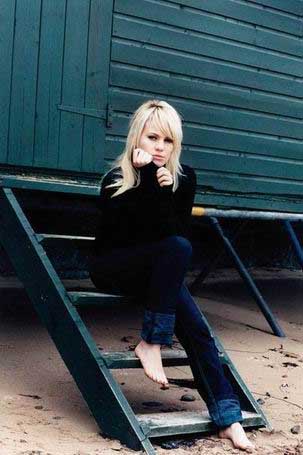 Duffy’s home town of Nefyn, north-west Wales, is not known as a hotbed of timeless, rousing soul, and her parents did not buy many records.
“I started singing blues and soul songs when I was really young,” the 23-year-old explains. “And I didn’t really have a record collection that would explain that.”

Nor did she grow up in a musical family. “My mum does a terrible version of Patsy Cline’s Crazy,” she says. “My nan played the accordion in the war.”

She was even kicked out of the school choir for being too “rough round the edges”.

Duffy says she did not fully discover how to use her voice until she was spotted by Jeanette Lee, a former member of Public Image Limited and now Duffy’s manager and mentor.
Only when Lee put Duffy into the studio to start recording her debut album several years ago did the singer begin to harness the full force of her vocal chords.

“I’d never had the opportunity until I was in a studio and somebody pushed me up to those notes,” Duffy says.
“I remember the day and I found something new. So I’m just learning about my voice at the moment as well.”

She has learnt enough to draw comparisons with Dusty Springfield, combining the poise of the late legend with the power of Lulu and the pitch of Dolly Parton.

Her debut album Rockferry, is released in the UK in March.
myspace.com/duffymyspace