Following the recent successes of second album â€˜Love Ire & Songâ€™ which reached Number 5 in the UK Indie Chart in March; Frank Turner announces details of his forthcoming single â€˜Reasons Not To Be An Idiotâ€™.
Out on 23rd June through Xtra Mile Recordings, â€˜Reasons Not To Be An Idiotâ€™ is a foot-tappingly catchy and joyous olâ€™sing-a-long that is uplifting, inspiring and more importantly rocks face. A definite live favourite, the song was welcomed like a long lost friend by the heaving crowds on his recent sold out UK tour. At the heavier, rockier end of the folk spectrum, â€˜Reasonsâ€¦â€™ illustrates Frankâ€™s incredible song-writing ability and mass cross-over appeal. 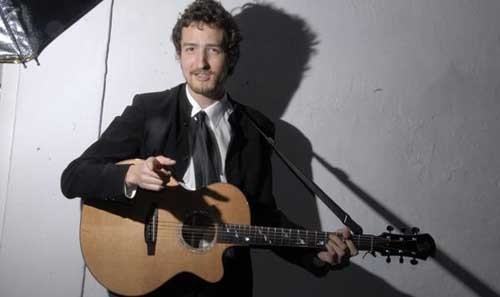 Itâ€™s a crossover appeal further illustrated by the fact that not only will Frank be supporting pals The Holloways on their tour of the nationâ€™s universities throughout May but this summer Frank will be playing a truck load of music festivals including 2 sets at this yearâ€™s Glastonbury and must be the only artist confirmed for both the Cambridge Folk Festival and the Lock-Up Stage at Reading and Leeds. Frank and his band have developed into a formidable live force performing passionate and intense shows.

Genre-defiant and winning over fans and followers all over the world â€“ Frankâ€™s gradual approach to superstardom is gathering speed!