As the summer draws to a hazy close Liverpoolâ€™s finest export The Maybes? are set to release their debut album â€˜Promiseâ€™ on 15th September 2008 through Xtra Mile Recordings.
With a run of successful singles including â€˜Talk About Youâ€™, â€˜Boysâ€™ and current track â€˜Summertimeâ€™ fans have been eagerly waiting to hear the long player all year and â€˜Promiseâ€™ is proving to be more than worth the wait. The boys fantastic songwriting ability has been precisely honed by internationally revered producer Head whose back catalogue includes Massive Attack and PJ Harvey. 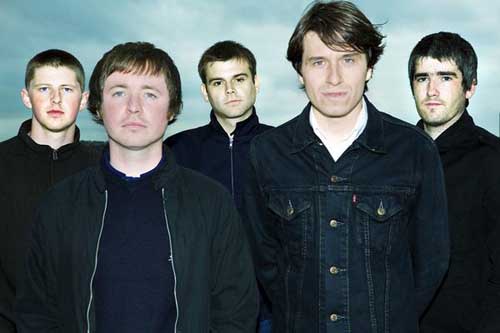 â€˜Promiseâ€™ is a fiery explosion of emotionally driven power pop, contemporary narrative and pure dance euphoria, not only is this an album that showcases the bands roots and influences but also their incredible musical flair. A sonic assault to excite the senses and invigorate the psyche, a beautiful vision that does not adhere to any here-today-gone-tomorrow scene.

Preceding the release is the single â€˜Summertimeâ€™ – an up-tempo anthem of balmy summer nights and carefree fun, the cascading harmonies and powerfully driven instrumentation bringing the bandâ€™s talent to the fore.