Northern Irelandâ€™s hugely popular personality ZoÃ« Salmon is to leave Blue Peter, the BBCâ€™s flagship childrenâ€™s programme, and will present a new gameshow for CBBC, it was announced yesterday. After three-and-half years on the show, ZoÃ« has decided to concentrate on her new gameshow and explore other opportunities.
The show entitled Hot Rods is a 13-part brand new fast moving, tension filled gameshow. series by Initial, an Endemol Company whose credits include Deal or No Deal and 1 vâ€™s 100. 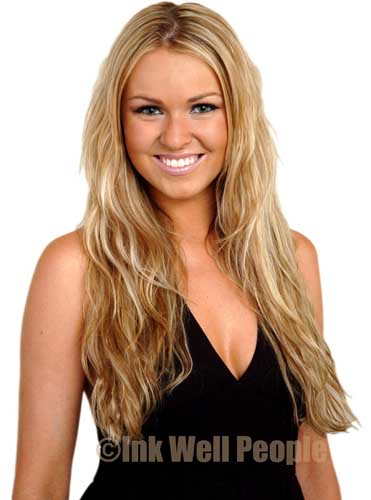 â€œLife on Blue Peter has been one continuous highlight. I grew up watching the iconic show, itâ€™s been an incredible privilege and honour to have been part of the fantastic team and I will always treasure my Blue Peter Badge and memories.

â€œThe support I have had from our audience has been overwhelming and I shall miss reading all their brilliant emails and letters. Meeting the viewers has been the best bit of the job, they always put a massive smile on my face and I want to thank every single one of them. I know itâ€™s the old clichÃ© but I want to explore other projects and I am really excited about hosting Hot Rods.â€

Anne Gilchrist, Controller of CBBC, said, â€œZoÃ« has been a massive hit with the Blue Peter viewers and her mix of experience and personality make her the perfect presenter for this exciting new format.â€

ZoÃ« will take part in the Blue Peter 50th Celebrations and will also appear on a Weakest Link Blue Peter Special which transmits later in the year. She will also continue to present some Olympic features in the next series. Her last day as presenter on the programme will be at the end of the current series on the 25th June 08.

Tim Levell, Editor of Blue Peter, said: â€œZoÃ« has been a fantastic presenter. Whether sheâ€™s been strapped to the outside of an aeroplane or had to learn a routine for High School Musical, she has thrown herself into the challenges we have given her with 110% dedication. And children absolutely love her. We wish her the best of luck with her new show and look forward to her coming back to take part in our 50th birthday celebrations.â€
Christopher Pilkington Head of Kids at Initial comments, â€œIâ€™m absolutely delighted to be working with ZoÃ« on Hot Rods. The role will offer ZoÃ« very different opportunities and I know she will grasp this with both hands.â€

ZoÃ« Salmonâ€™s agent, Tony Brown from David Hull Promotions in Belfast said â€œWe are absolutely thrilled for ZoÃ« at this exciting time in her career. It has been a hectic couple of months and some wonderful opportunities are unfolding, we are looking forward to making some further exciting announcements in the near futureâ€
Photos by Â© Fabrizio Belluschi / Ink Well People