Jaya is back with a new single featuring Wretch 32 & Jojo Simmons (Runs House) and is ready to push the boundaries of what people expect from her pop image. 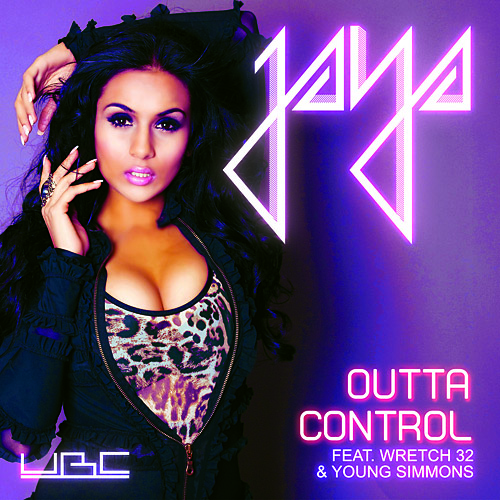 With the new single Outta Control Jaya showcases a darker, emotional side to her persona as she takes us on a journey through her perceived reality.

Outta Control was co-written by Jaya with UK producer Anthony Marshall who currently resides in the US and is known for successfully working with artists such as Craig David, Steven Marley, K-Ci & JoJo, Britney Spears and JLS to name a few.

Of his decision to collaborate with Jaya as his introduction to the European market; Jojo who raps under the moniker Young Simmons said I was looking for the right sound to launch in Europe and when I heard the track I thought her sound was incredible! When I heard the vocals and the way the track bumped, I just had to jump on it and then when I saw how she looked it was a wrap. I had to get on this record! Plus the record shows my diversity.

Outta Control also features the critically acclaimed Wretch 32 who has recently charted at number 5 in the Official National Charts with his debut hit single Traktor, It was shortlisted for the MTV’s Brand New Artist For 2011 award, as well as the BBC Sound of 2011 award.

As well as the main version of Outta Control the remix sees a rap refix where Jaya is replaced on the verses by Tinchy Stryder’s crew Ruff Squad, as well as the highly rated North London based rap trio Marvell fresh from touring the UK with Chipmunk, Diversity and the MOBO tour.

The other Outta Control remixes are set to get the party started with high tempos and banging basslines.