The film will be showcased in September as part of the Rolling Stones 50th anniversary celebrations.

“We are thrilled to continue our relationship with the Rolling Stones and help to bring this extraordinary documentary film to millions of fans,” said Terry Shand, Eagle Rock chairman and CEO. 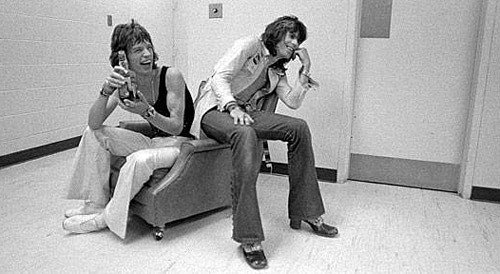 The film is a cinematic journey through the incredible eye of director Brett Morgen, capturing hours of never-before-seen footage in a rare, uncensored format that reveals the band’s vivid stories told through their eyes and their voices.

With paramount access to the band and their materials retrieved from vaults and personal archives, Morgen captures astonishing new interviews and footage.

“For anyone who wants to experience the band, this is the film that will defy convention and create a sonic tapestry to transport viewers into the world of the Rolling Stones,” said Morgen, an Academy Award nominee who is known for esteemed work on The Kid Stays in the Picture among many other projects.

“The film will deliver the original, bold, sexy and dangerous flavor of the iconic rock band.”

Fans go on the road, in the studio, behind the scenes, and witness each band member’s personal, unfiltered perspective on the legendary life of the Rolling Stones – embarking on a journey through 50 years of sex, drugs, and rock and roll.

The film is executive produced by the Rolling Stones, produced by Victoria Pearman, co-produced by Morgan Neville and directed byBrett Morgen.
rollingstones.com