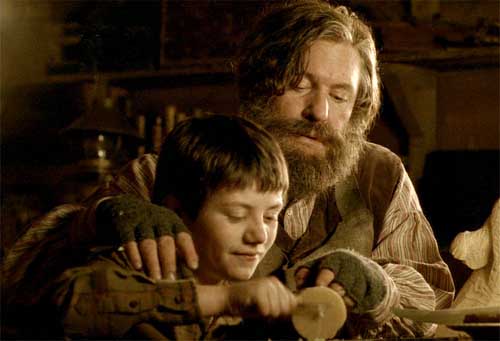 LITTLE did British film director Bill Clark know that when his wife encouraged him to read a children’s book it would become a project that would take over his life for more than a decade. The project eventually resulted in an award-winning movie that will touch the hearts of all who see it.The Christmas Miracle of Jonathan Toomey is released on DVD on November 24 and stars Oscar nominated and Golden Globe winner Tom Berenger and the Golden Globe nominated Joely Richardson. 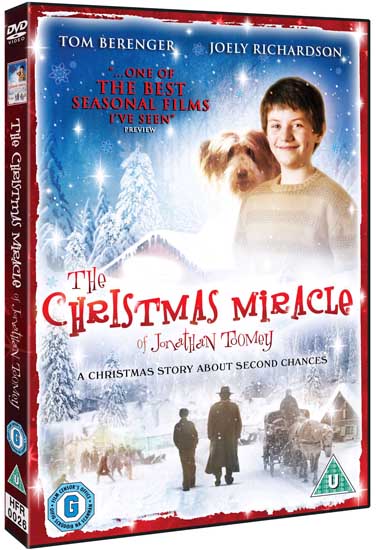 The Christmas Miracle of Jonathan Toomey is a film for our credit crunched, cynical times. No sex or violence, no loud rap music or cool dance moves, this movie is about hearts and what moves them.
Based on the best selling book of the same name written by Susan Wojciechowski, Bill Clark bought the rights to the book and then set about making the story into a movie.
He succeeded against the odds, raising a budget of $10 million (US) and enlisting an award-winning cast to create The Christmas Miracle of Jonathan Toomey.
Jonathan Toomey (Berenger) known as â€œGloomy Toomeyâ€ to the local children, is a fantastic wood carver with a secret past. Some years before his wife and newborn son had died â€“ so he locked his heart away and moved to a lonely log cabin deep in a forest.
Thomas McDowell, played by Luke Ward-Wilkinson of Wild at Heart and Beautiful People fame, is a young boy living a happy family life of baseball cards and cookies in the city with his devoted parents.
All this is destroyed when his father is killed in a far off war. His mother, Susan (Joely Richardson) is forced to sell their home and move to the country to live with her sister, leaving behind Thomasâ€™s beloved Grandfather and the housekeeper and everything he holds dear.
Just when Thomas thought that his life couldnâ€™t get any worse, he realises that on the journey to the country he has lost the familyâ€™s wooden carved nativity set. This is his last link with his father and his past life.
Angry at the broken promises of grown ups, Thomas retreats within himself. Nothing is ever going to be the same. His mother, Susan, decides to try and bring him out of his shell and a chance encounter with the woodman Toomey leads her to put aside her own struggles with grief and ask the carver to create a new nativity set for the boy.
She even convinces the reclusive Toomey to allow Thomas to watch him as he works.
With each carving the relationship between the man and the boy grows stronger â€“ each dealing with their own grief in their own way. They learn to laugh and move into the future with hope. The scenery and musical score add to the sentiment and humour of this lovely Christmas movie.
Yes, this film does deal with dark themes but more importantly it deals with life and new beginnings.
Watch it with your kids, itâ€™s a movie that should be shown every Christmas along with all the other classics.
A thought provoking, gentle film for those of us who long for a time when Christmas was more about people than presents.

The Christmas Miracle of Jonathan Toomey (U) is released on DVD on November 24 at around Â£9.99 available from HMV and all good DVD outlets.