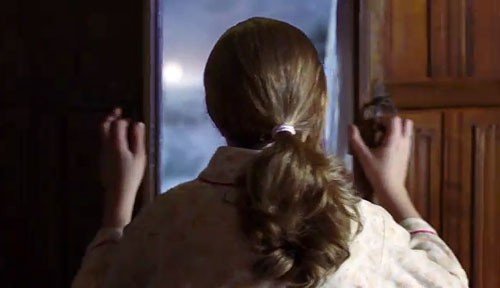 Over 95 per cent of books never become available in large print, audio or braille.

They are working to improve the situation by converting as many titles as possible but they need help.

On World Book Day, whilst the country celebrated reading and the written word, RNIB launched an online campaign to raise awareness about the shortage of books accessible to people who have lost their sight.

They are inviting people to spread the word about RNIB and support their cause via their social networks.

By â€˜likingâ€™ RNIB and posting their favourite childhood stories on Facebook and Twitter, they will boost RNIBâ€™s profile online, drawing attention to the importance of childhood stories and the shaping effects they have on our lives.

An online film, sits at the heart of RNIB campaign. It features Alexia Sloane. Alexia lost her sight when she was two years old and is not a professionally trained actor.

The idea behind the film is that she misses out on discovering Narnia because she couldnâ€™t read the book.

The film ends by directing people to Facebook where they can engage with the brand, donate and find out more about the issues it raises.

Vicki Cookson, Head of Marketing at RNIB, said, â€œWith this online film we aim to build on the success of RNIBâ€™s Lost for Words campaign, which took place at the end of last year and highlighted the need for more books to be made accessible to blind and partially sighted people. Online communications are of growing importance to RNIB, as more and more of our supporters are engaging with social networks. We hope to really utilise these channels to increase understanding of what itâ€™s like to live without sight and encourage people to share the childhood stories they love.â€

Alan Young, Executive Creative Director at St. Lukeâ€™s said, â€œThe work demonstrates that, without RNIB, thousands of people would be denied access to the worlds of wonder and imagination that books bring to us all.â€

Show your support for RNIB and its quest to increase the number of books available to blind and partially sighted people: visit www.facebook.com/rnibuk, click â€˜likeâ€™ and tell RNIB what childhood book youâ€™d miss.