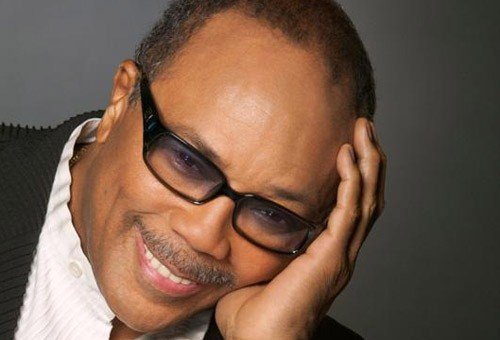 Some of today’s biggest recording artists and producers have joined together to celebrate the music of multi-Grammy winning producer, composer and arranger Quincy Jones by recording contemporary versions of popular recordings from his massive catalog for a new album from Interscope Records entitled Q: Soul Bossa Nostra. A “family celebration,” Q: Soul Bossa Nostra will be released May/June, 2010. 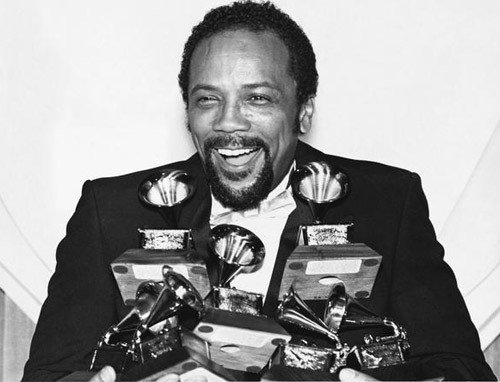 Jones, who serves as Executive Producer for the album commented, “Q: Soul Bossa Nostra features some of my favorite artists and producers on the scene today from the Pop, R&B and Hip-Hop worlds performing selections from my catalog that people really loved when they were originally recorded. Each artist picked a song that really resonated with them for different reasons – some of them having a connection because they remembered their parents playing the track when they were growing up. I am honored that everyone wanted to be a part of this celebration of these songs. They all made them their own, and knocked them out of the park.” 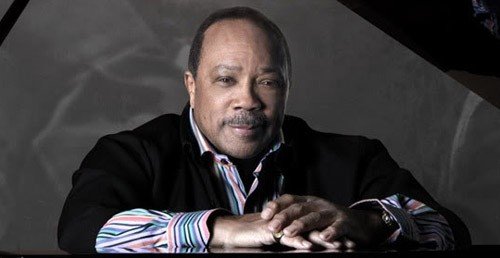 Jones continued, “Each of these songs had incredible artists and unique stories from when we originally recorded them. I think that these new interpretations will not only introduce these songs to a whole new generation of music fans, but inspire them to seek out the original recordings and show that these songs really stand the test of time…that’s the ultimate mark of a great tune.”

The first single from Q: Soul Bossa Nostra, available March 24th, will be Akon’s interpretation of the 1977 Brothers Johnson classic “Strawberry Letter 23.” The album will also include Jennifer Hudson (produced by Scott Storch) performing acclaimed songwriter Rod Temperton’s “You Put A Move On My Heart,” from Jones’ 1996 album Q’s Jook Joint; Ludacris and Naturally 7 (produced by Naturally 7) on the title track “Soul Bossa Nostra,” a hip-hop revamp of Jones’ 1962 single “Soul Bossa Nova” which was re-born as the Austin Powers theme song and was sampled by Ludacris on his 2005 single “Number One Spot” for which he garnered a VMA; and Usher, Robin Thicke, LL Cool J, Trey Songz, Tyrese and Tevin Campbell with Barry White’s original vocals (produced by Jermaine Dupri) on “Secret Garden,” originally recorded on 1989’s Back On The Block.

Commented singer/producer Akon, “Quincy Jones is a musical legend and an incredible mentor. Just being around him and watching him work over the years has taught me how to develop as an artist and grow as a producer. When Quincy called and told me about this album, I said you have to let me do “Strawberry Letter 23″ and the funny thing is that’s the song he was thinking about already. We brought a new modern feel to this classic and I think everyone’s going to really enjoy it.”

Also contributing to Q: Soul Bossa Nostra singer/actress Jennifer Hudson commented, “When I was asked to work on a project honoring Quincy Jones’ songs my answer was an immediate YES!!!. He is an icon in our industry and to have been fortunate enough to work with him is just amazing. He is a true artist, genius and professional. It was an unforgettable experience and I truly hope I will have the chance to collaborate with him again very soon!!”

Additional tracks on Q: Soul Bossa Nostra will feature Jamie Foxx (produced by David Banner and Warryn Campbell) on the Grammy Award-winning classic “Give Me The Night,” originally recorded in 1980 by Jones, George Benson and Rod Temperton; John Legend (produced by Ted Chung) on the Brothers Johnson/Siedah Garrett-penned ballad “Tomorrow,” from Back On The Block; T-Pain and Robin Thicke (produced by T-Pain) on a re-make of Michael Jackson, James Ingram and Jones’ Grammy nominated dance staple “P.Y.T.” from Thriller; Mary J. Blige and Q-Tip (produced by Q-Tip) on the funk classic “Betcha Wouldn’t Hurt Me,” originally written by Stevie Wonder for Jones’ multi-Grammy winning 1980 album The Dude; BeBe Winans (produced by Mervyn Warren) on Bernard Igher’s sultry “Everything Must Change” from Jones’ 1974 album Body Heat – the title track being sampled in 1996 by Dr. Dre and Tupac Shakur on their hit “How Do You Want It;” and Wyclef Jean on “Oluwa (Many Rains Ago),” Jones and Caiphus Semenya’s Emmy Award-winning title track from 1977’s hit television mini-series Roots.

Rounding out the album are performances by Snoop Dogg (produced by Terrence Martin) on the Brothers Johnson disco classic “Get The Funk Out Of My Face;” Talib Kweli (produced by Quincy Jones) on Jones’ synthesizer infused theme song from the 1967 television show Ironside; and Three 6 Mafia and David Banner (produced by David Banner) on “Hickky Burr (Wrath of Katrina),” Jones and Bill Cosby’s collaboration for the theme song of 1969’s The Bill Cosby Show.

A 27-time Grammy Award winner (the most of any living musician) and the all-time most nominated Grammy artist with a total of 79 nominations, Quincy Jones’ career has spanned six decades and encompassed the roles of composer, arranger, conductor, instrumentalist, record producer, record executive, film and television producer, magazine founder, multi-media entrepreneur and humanitarian.

Named by Time Magazine as one of the six most influential Jazz artists of the 20th Century, Jones won the first of his many Grammy Awards in 1963 for his Count Basie arrangement of “I Can’t Stop Loving You.” His three-year musical association as conductor and arranger with Frank Sinatra in the mid-60’s also teamed him with Basie for the classic Sinatra At The Sands, containing the famous arrangement of “Fly Me To The Moon,” the first recording played by astronaut Buzz Aldrin when he landed upon the moon’s surface in 1969.

As producer and conductor of the historic “We Are The World” recording (the best-selling single of all time), Michael Jackson’s multi-platinum solo albums, Off The Wall, Bad and Thriller (the best-selling album of all time), and the multi-Grammy winning Album of the Year Back On The Block, Quincy Jones stands as one of the most successful and admired creative artist/executives in the entertainment world. Most recently, Jones once again brought together the top recording artists of the day to produce “We Are The World – 25 for Haiti” to benefit the earthquake relief efforts in the country of Haiti.
www.quincyjones.com