Lyrically poetic and delicately decadent, Duke Special the enigmatic Belfast performer will release his new single Sweet Sweet Kisses in Ireland on 10 October. A nationwide tour has also been announced for November and December 2008.
Taken from the eagerly anticipated new album I Never Thought This Day Would Come, releasing on Universal Music Ireland on October 17th, Sweet Sweet Kisses is produced by Paul Wilkinson, who worked on the Dukeâ€™s previous Choice nominated album Songs From The Deep Forest. 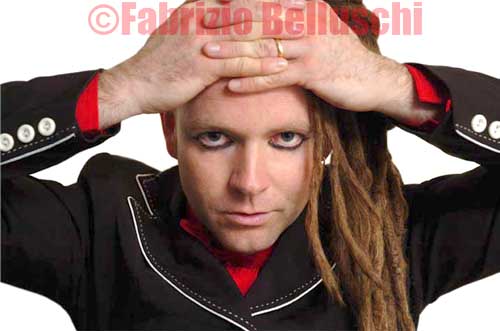 The perfect taster for the new album release, Sweet Sweet Kisses features the RTE National Symphony Orchestra and will be available on CD single and download. Glowing with the Dukeâ€™s charisma and unique sound, the track is definitively Duke Special. 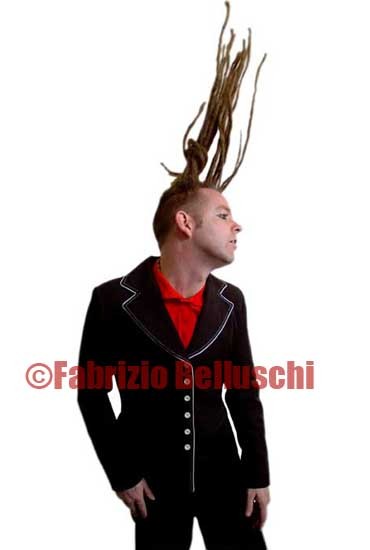 The new album, I Never Thought This Day Would Come, features 12 new tracks, including the Bernard Butler produced â€˜Those Proverbs We Made In The Winterâ€™ and the soon-to-be-live-favourite â€˜Digginâ€™ An Early Graveâ€™. The album is an elaborate collection of themes and styles, recorded in several very different locations â€“ Champaign in Illinois, Cullybackey in Antrim and Wapping in London. The album was mixed by Nick Terry, best known for his work with Libertines and The Klaxons.

The album release will be followed by a nationwide tour which will feature a seven-piece band, comprised of Duke Special comrades, old and new.
The tour includes what promises to be a memorable night at Belfastâ€™s historic St Georgeâ€™s Market on 2 December, where Duke Special will present an extended programme which will include various guests. More detail will be announced shortly!

An accomplished performer, Duke Special has toured with a host of artists including Rufus Wainwright and Van Morrison. Harking back to the pre-rock â€™n’ roll era, Duke Special stands on stage with a white-knuckle grasp on originality. Gloriously vintage and unlike any other artist, he is â€œtrying to put across something thatâ€™s more than just a singer-songwriter playing his songs. I want my live performance to be a show that moves people, but also entertains them too.â€
Sweet Sweet Kisses
The lead single releasing on October 10, 2008 on Universal Music Ireland
I Never Thought This Day Would Come
The new album releasing in Ireland on October 17, 2008 on Universal Music Ireland
dukespecial.com
DUKE SPECIAL
plus special guests
ST GEORGEâ€™S MARKET, BELFAST
TUESDAY 2 DECEMBER 2008
Doors open 6.30pm. Tickets for Duke Special at St Georges Market are Â£20.00 (inc booking fee) and go on sale at 9.00am, Monday 15th September from thestiffkitten.com and from all Ticketmaster outlets, online at www.ticketmaster.ie and on their 24 hour booking line on 0870 243 4455. Ticket sales may be subject to service and/or postage charges. Tickets are also available at face value to personal callers at The Stiff Kitten, 1 Bankmore Square, off Dublin Road, Belfast, during venue normal opening hours (phone 028 9023 8700)

DUKE SPECIAL
plus support
THE NERVE CENTRE, DERRY / LONDONDERRY
WEDNESDAY 3 DECEMBER 2008
Doors 8.00pm. Tickets for Duke Special at The Nerve Centre are Â£16.00 (inc booking fee) and go on sale at 9.00am, Monday 15th September from wegottickets.com and from all Ticketmaster outlets, online at www.ticketmaster.ie and on their 24 hour booking line on 0870 243 4455. Ticket sales may be subject to service and/or postage charges. Tickets are also available at face value to personal callers at The Nerve Centre 7-8 Magazine Street, Derry, 10am to 5pm Mon to Sat (phone 028 7126 0562)