Platinum-selling, Brit-nominated singer-songwriter Nerina Pallot returns in style with her new album Year of the Wolf. The album released on 30 May is her first release on Geffen Records. 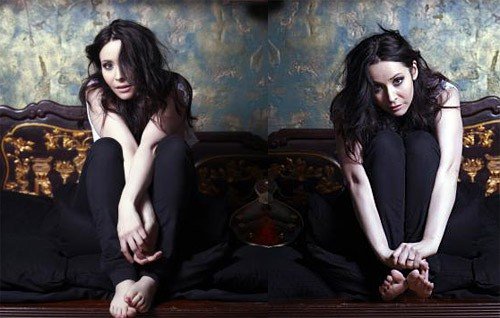 Produced entirely with Britpop guitar legend Bernard Butler, Year Of The Wolf is, simply put, the accumulation of NerinaÂ’s talents honed over the years.

It runs the gamut of NerinaÂ’s love of euphoric pop songs with big heart-bursting choruses like lead single Put Your Hands Up – ramped up to even more joyous heights by ButlerÂ’s stomping widescreen production – to the meditative folk-soul of Grace, bridging the gap between pop and art with effortless grace.

Much of Year Of The Wolf was written and recorded during NerinaÂ’s pregnancy last year, and ranges from the heady va-va-voom of Turn Me On Again (Â“People over-intellectualise pop sometimes Â–good pop should be three and half minutes about sex really,Â” she succinctly states) to the sweeping, classical rhapsody of History Boys, a personal reaction to the news footage of bereaved mothers aired during the Chilcot Inquiry (Â“the most emotional, and political, song IÂ’ve ever writtenÂ”).

Attentive students of the airwaves will know Nerina from her on-off flirtations with the charts over the past decade or so (most notably her 2006 radio staple EverybodyÂ’s Gone To War and the Ivor Novello-nominated Sophia) or more recently her songwriting credits for the likes of Kylie Minogue and Diana Vickers.

But thatÂ’s only part of the story Â– as her new album Year Of The Wolf resolutely displays.

Nerina will be performing a one-off show at the Bloomsbury Theatre, London on 20 April, premiering new songs from the album.
www.nerinapallot.com