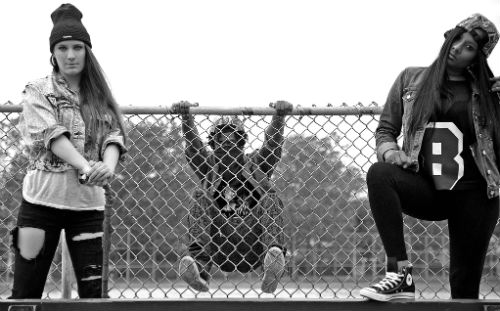 Queens, NYC based exciting urban electronic project Neonfaith – Lay, Fef, Megan Faye – spent the last year taking their hip hop infused sexy indie sound and pushed it past anything that’s out there on the scene right now. ‘Between The Lines’ is the first single off their new EP ‘Jungle Fever’ (coming out in August).

Their first self-titled EP is still available for free download…

Can you talk about ‘Between The Lines’ and your second EP ‘Jungle Fever’?

We’re very excited about our second EP, Jungle Fever, which will be coming out in August. We’ve spent the last year listening to a wide variety of genres and artists and trying to take elements of the best of the best, like Michael Jackson’s Thriller, or Daft Punk, Kanye West, LCD Sound System, and so on, and really fused them to expand upon the indie electronic sound we put together on our first EP. Our previous music brought a lot of hip hop elements to the sounds coming out of the indie scene currently, and for our new EP we really wanted to create a batch of songs that evolves this and sounds like nothing else out there. Our single Between the Lines is the first example of this genre mashing, but we picked it because we feel it’s still very sonically accessible to most people; there are a lot of familiar hip hop and pop elements mashed in with the indie electronic vibes. I think as we release music from Jungle Fever it will become clear that the songs we’ve crafted for this EP are unlike anything else out there at the moment.

What were your influences whilst writing Jungle Fever?

We listened to a lot of music that we felt really surprised and captured people when it was first released and took the genre to another level, like we were aiming to do with our own music. We figured in order to create the best music possible we had to listen to the best music possible. For this record we were really aiming to combine hip hop sounds with the strong baselines found in a lot of 70s and 80s funk and pop music, and modern electronically based music. As I mentioned above, we really studied titans of their genres like Michael Jackson, Kanye West, Daft Punk, Beyonce, and so on. The music scene at the moment has a lot of bleed over across various genres, and even pop artists are really experimenting with sounds, so we felt it was important to look at a variety of music and see how we could take those sounds and use them in our own urban electronic style. 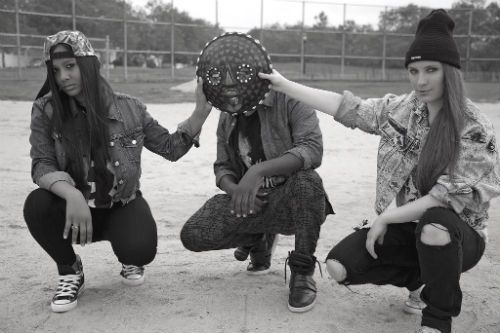 How has your music evolved since your first EP?

We’re very proud of our first EP and feel that we created some unique sounds, and we wanted to continue with that, but this EP is filled with a lot of rich baseline and heavy drums that lend a certain danceability to our indie electronic music. The sound of this EP is very strong and vibrant and thick. We basically took our previous EP and tried to step up our game in terms of creating music we haven’t heard anywhere else but would be taken with even if it wasn’t our own.

We wanted to wait to play live shows until we had a completely new set. Now that we’re putting the finishing touches on this EP we’ll be playing to support it in the NYC area and wherever else opportunities might come up. Our shows have always consisted of the music being fully played live, which is unique for such electronically based music. We like to break down all of the sounds and samples across two keyboards, so that the sounds from the tracks are actually played out in real time rather than having someone just press play on a laptop. We think it brings a lot of intensity and creates for a more interesting live experience. This time around we’re discussing adding live drums to our set to take the live experience one step further.

We’re planning on dropping a couple of singles before we put out the full EP at the end of the summer, and we’re excited to see how everyone responds to it! We’re really open to seeing what opportunities arise regarding shows and however else we might be able to take our music to the next level. We feel this is our best work yet and we’re hoping we can get the music out to as many people as possible.

NEONFAITH Q&A: “PEOPLE TEND TO BE ATTRACTED TO SHINNY THINGS”