Neil Young brand-new album, entitled A Treasure, is released June 14th, on Reprise Records. The 12-track live album, includes 5 songs which are previously unreleased, recorded during Young’s 1984 and 1985 U.S. tours without the support of an album or Young’s then record label due to unique and unusual circumstances. 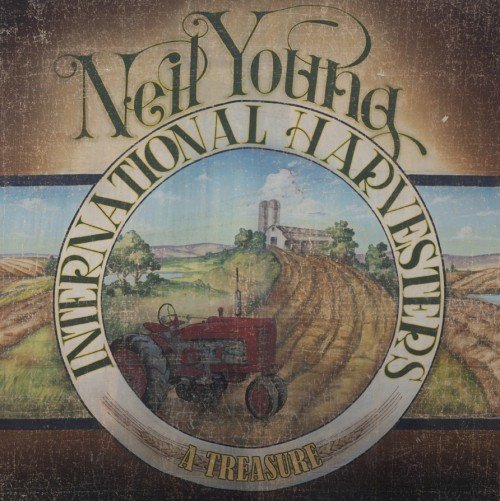 Among those, “Grey Riders” will be the first track serviced to radio.

A Treasure features Young’s onstage work with some of the greatest artists in the history of country music, including the late, great Ben Keith on steel and slide guitar and Rufus Thibodeaux on fiddle, along with living legends Spooner Oldham and Hargus “Pig” Robbins on piano, Tim Drummond and Joe Allen on bass, and Karl Himmel on drums, among many others.

The live album captures this iconic artist during a fascinating time in his career, when he was facing criticism and lawsuits from his then current record company for exploring a more traditionally country sound.

“You can call me erratic,” Young said when asked at the time about his tendency toward musical shape-shifting, “but I’ve been consistent about it, consistently erratic.” Always celebrated for his musical versatility, A Treasure, is akin to a sonic time capsule, instantly transporting the listener to the time and place when it was made. “I love this record,” Young says. “I hadn’t heard these takes in 25 years, but when we unearthed them co-producer Ben Keith said, ‘This is a treasure.’”

Part of what makes A Treasure so compelling is the musical contributions of The International Harvesters, with whom Young was playing at the time.

Many of them were already paragons within the country music world and their notoriety has only grown in the years since. “I just love to hear those guys,” Young says. “They’re all country music legends.”

A Treasure will be released in several formats, including standard CD, vinyl, digital download with and without videos, and as a deluxe CD/Blu-ray package. The Blu-ray version will feature a curated selection of video that lends context and imagistic power to the tracks. “I like to look at these old live videos and listen to what I think are the best versions of these songs,” Young says. “It’s fun to see what we looked like when we were playing it then.”
www.neilyoung.com
www.recordstoreday.com